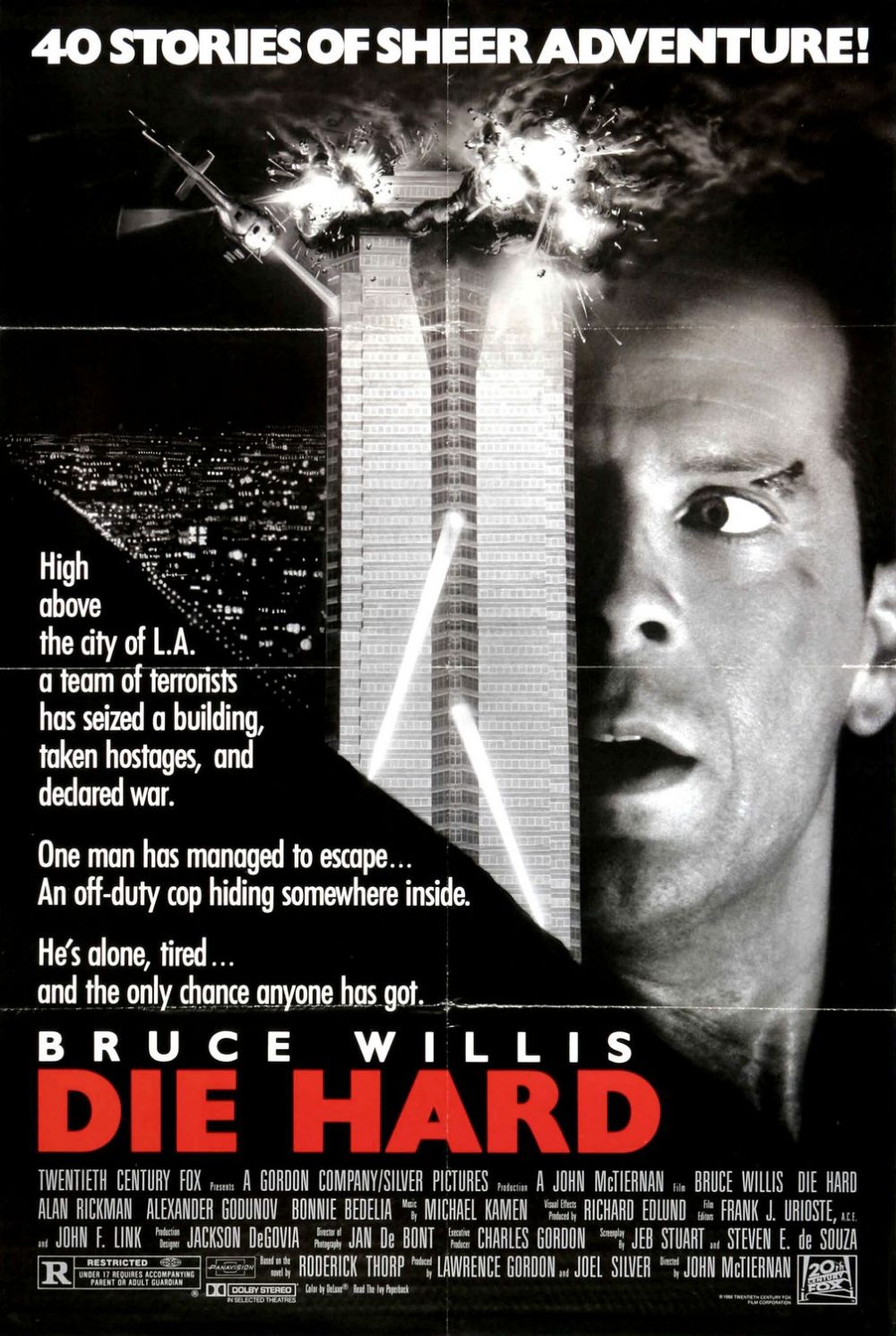 Steven E. de Souza and Renny Harlin dropped by the Egyptian Theatre in Hollywood back in 2009 to talk about the making of “Die Hard” and “Die Hard 2.” Both films introduced us to modern action hero John McClane, a man more real and human than the muscular superheroes played by Arnold Schwarzenegger and Sylvester Stallone. They also inspired a most popular concept in movies; the lone warrior fighting overwhelmingly bad odds. The audience at the Egyptian clearly had seen both these movies hundreds of times, but seeing them on the big screen made them seem more exciting than ever.

In talking about the genesis of “Die Hard,” de Souza said it was based on Roderick Thorp’s novel “Nothing Lasts Forever.” The filmmakers followed the book closely, but there were differences: John McClane was older and visiting his daughter, not his wife. Also, Al Powell (played by Reginald VelJohnson) was originally a cab driver, but the character was turned into a cop as the CB radio craze had long since ended. The writers also dropped the ticking time bomb as well. De Souza also explained in writing the screenplay how he made Hans Gruber the protagonist and John McClane the antagonist. Basically, while Gruber is dragging out time, McClane is busy trying to foil his plans.

In casting “Die Hard,” de Souza admitted Bruce Willis, best known back then for starring on the television series “Moonlighting,” was not the first choice. Frank Sinatra had first dibs as “Nothing Lasts Forever” was a sequel to his movie “The Detective,” but he felt he was too old to play the part. Offers were made to Sylvester Stallone, Arnold Schwarzenegger, James Caan and even Richard Gere, all of whom turned the role down as they found McClane to be too passive. 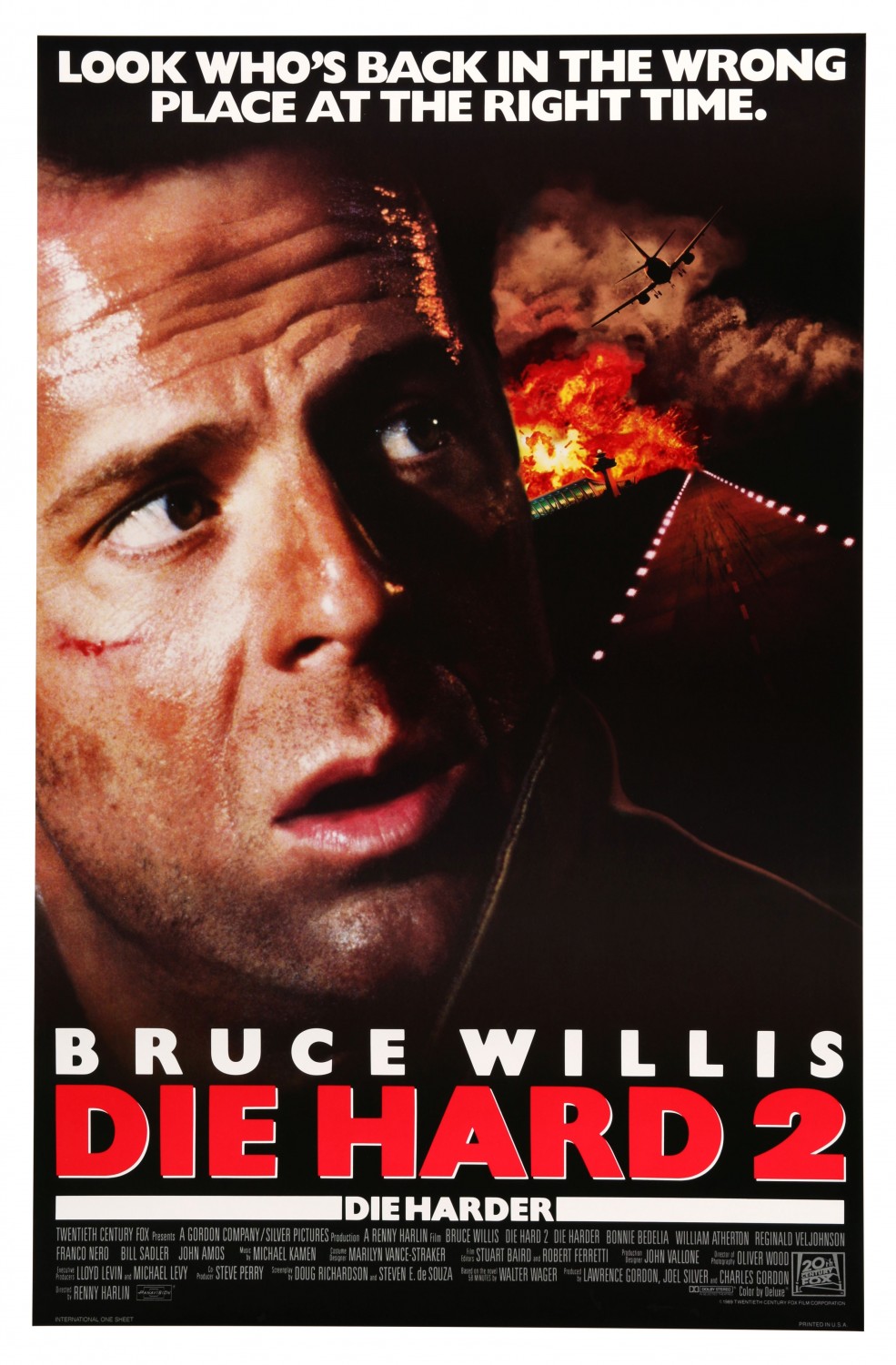 The conversation moved on to “Die Hard 2” which de Souza said 20th Century Fox decided to move forward with a week after the original opened. Harlin said he had just finished making “A Nightmare On Elm Street 4,” one of that franchise’s biggest hits. This led to him getting many offers as the thinking is studios proclaim you a genius when you have a hit movie. Harlin said he still doesn’t understand the thinking behind this. 20th Century Fox had offered him “The Adventures of Ford Fairlane” and gave Harlin total freedom in filming a movie which featured, as he put it, “girls in bikinis.” The studio bosses liked what they saw and gave him “Die Hard 2” to direct, and Harlin began shooting it two weeks after “Ford Fairlane” wrapped.

Harlin remembered “Die Hard 2” as being so hard to make and that even Joel Silver came to admit he put too much on his plate. As nervous and excited as he was about doing it, Harlin bemoaned his misfortune at shooting during what he called “least snowy winter ever.” He and the production team looked everywhere for snow and couldn’t even find any in Colorado or Montana. In Spokane, Washington, they finally lucked out with lots of snow and were set to start filming, but a sudden heat wave melted it all on the very next day.

Both Harlin and de Souza said they saw “Die Hard 2” as a comedy which makes sense when McClane says, “How can the same thing happen to the same guy twice?” Bruce Willis, however, didn’t see it as a comedy and initially refused to say the “yippee kay yay” line again since he already did in the first film. Harlin said Silver eventually convinced Willis to do a take his way and then another take Harlin’s way. Indeed, it works well as a comedy as McClane’s bad luck is impossible to ignore. Harlin did however credit Willis for the “just the fax ma’am” line.

Thanks to de Souza and Harlin for dropping by. Seeing “Die Hard” and “Die Hard 2” on the silver screen was a great treat. After all these years, they remain exhilarating action movies to watch.