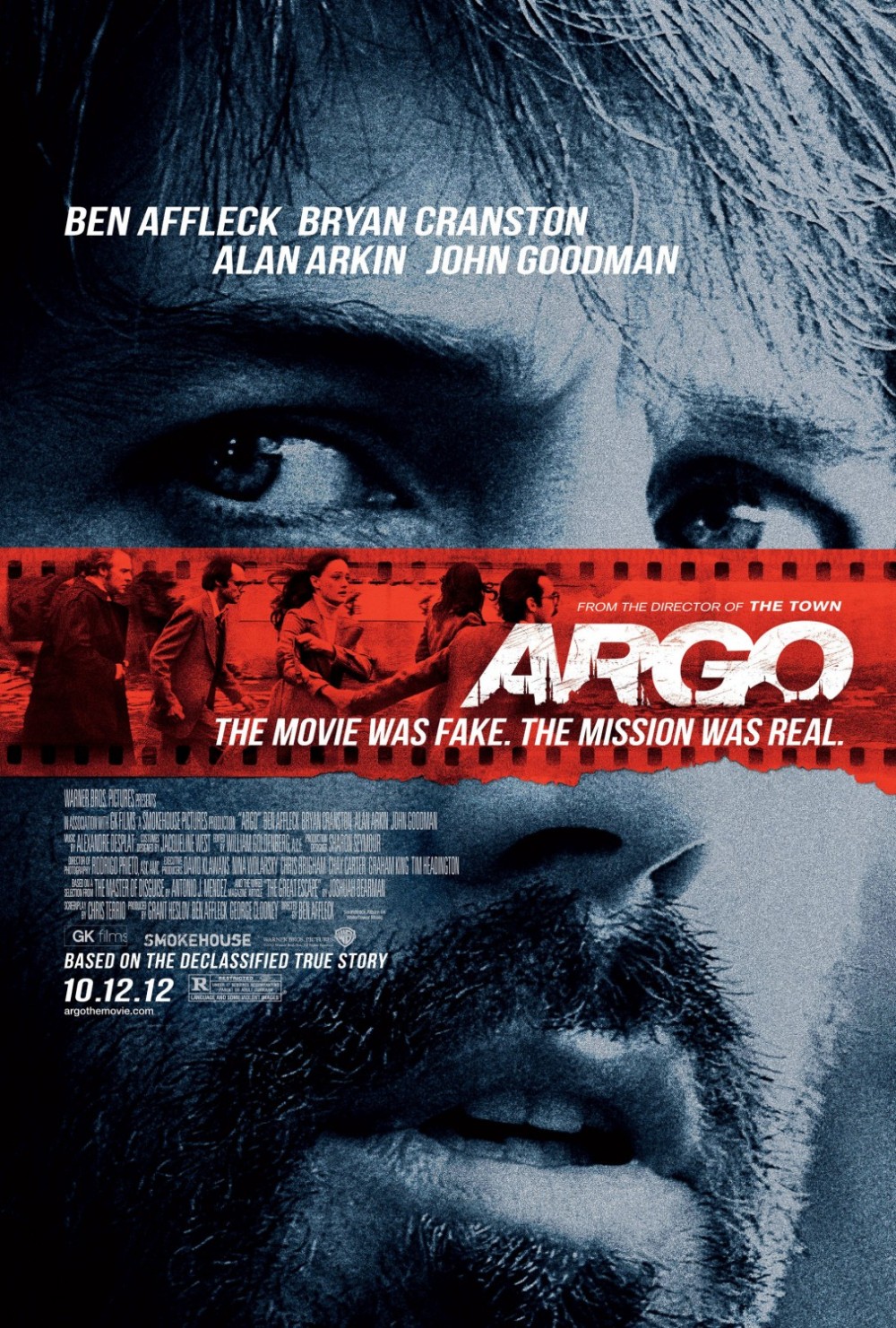 After the one-two punch of “Gone Baby Gone” and “The Town,” Ben Affleck should not have to prove what a great movie director he is. But for those who, for some utterly bizarre reason, still believe they need further evidence to support this conclusion, I give you “Argo.” His third movie as a director tells the story of how CIA specialist Tony Mendez went about trying to extract six U.S. diplomats out of Iran during the 1979 hostage crisis. It proves to be a very intense experience watching this movie, and I also got a huge kick over how it skewers Hollywood and the business of making movies as well.

I loved how Affleck really went out of his way to make “Argo” look like a 70’s movie. He even included the old Warner Brothers logo (referred to as the “Big W” logo) which preceded the studio’s movies from 1972 to 1984. I’ve really missed this logo for the longest time.

Anyway, when Iranian revolutionaries ended up storming the U.S. embassy in Tehran, six diplomats manage to evade capture and find refuge in the home of Canadian ambassador Ken Taylor (Victor Garber). Meanwhile, back in the United States, the State Department has learned of the escapees and their predicament, and they start looking for ways to get them out of Iran. It is Mendez who comes up with the idea, after watching “Battle for the Planet of the Apes” on television, to create a cover story of how the six are actually filmmakers from Canada who are scouting locations for a fake sci-fi movie called Argo. This looks to be one of those “so bad it’s good” kind of movies, and it would have been fun to watch for all the wrong reasons had it ever been made.

The scenes where Mendez goes to Hollywood are among my favorites in “Argo” as he works with movie business veterans who are keenly aware that lying to others is part of their job description. John Goodman and Alan Arkin are priceless as make-up artist John Chambers and film producer Lester Siegel, and they are given great pieces of dialogue to speak throughout. The lines Arkin is given are especially biting:

“You’re worried about the Ayatollah? Try the WGA!”

The tension is then ratcheted up tremendously when Mendez heads over to Iran to prep those six diplomats on how to get out of the country alive. You feel their collective anxiety as they become fully aware of how one little slip up will get them quickly executed in public view, and you are with them every step of the way as the walls continue to close in on them. Emotionally speaking, “Argo” is the first movie I have found myself crying after in a long time, and the tears I cried were from sheer relief.

“Argo” is based on a true story and, while this remains a serious pet peeve of mine, this is one which needed to be told. It wasn’t until 1997 that this rescue operation was declassified for all the world to know about, and it speaks a lot about how two countries can come together in a tough situation (in this case, the U.S. and Canada). Yes, portions of the story were fictionalized for dramatic purposes, but that’s always the case so just get over it.

Affleck casts a lot of great acting veterans in “Argo,” and kudos to him for doing so. I’ve already mentioned Goodman and Arkin, but you will also find Bryan Cranston, Kyle Chandler and Philip Baker Hall doing terrific work here as well. As for the diplomats, they are played by such actors as Clea DuVall and Tate Donovan among others, and they all are uniformly excellent.

In addition to directing this movie, Affleck also stars as Mendez and gives a particularly understated performance. I know we all love to pick on him as an actor, but he’s a better one than we give him credit for. Not once does Affleck try to steal the show from the actors around him, and his work is commendable as acting and directing a movie at the same time can be a real pain in the ass.

“Argo” has more than earned its place among the best movies of 2012, and it makes clear that Affleck’s success as a director is no fluke. This is a guy who has seen the heights of success and the utter embarrassment of failure, and he has come out the other side of it all proving he is a great talent whether he’s in front of or behind the camera.

Be sure to stay through the end credits as well as there is information you will need to hear about this true story.