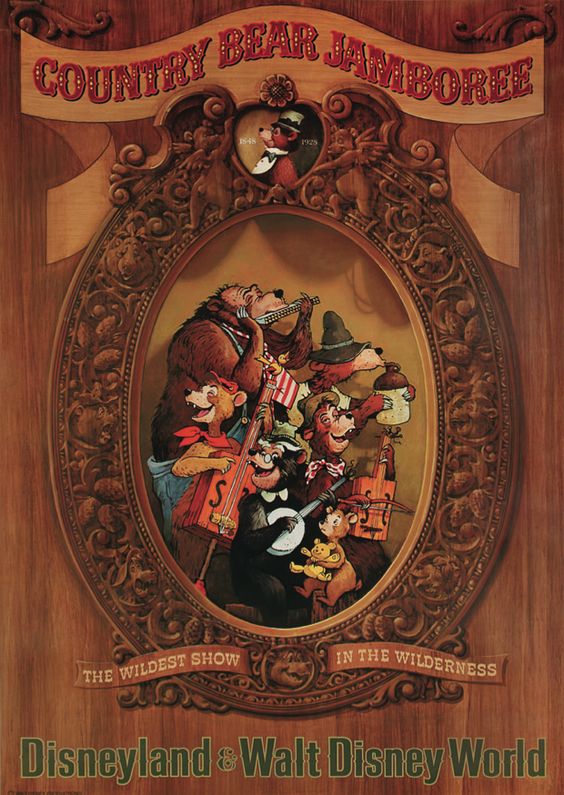 As much as I want to talk about what I was doing on September 10, 2001, I can’t remember the specifics of that particular day. Back then I was more consistent in keeping a diary of what I did from day to day, but September 10th was a day I never got to write about. So instead, allow me to go back two days before those planes crashed into the twin towers of the World Trade Center on September 11th…

Back in 2001, I was working at Disneyland in an attraction called Innoventions. It was in the spinning building located in Tomorrowland where America Sings and Carousel of Progress used to be. That particular attraction was about technology of the future, but others described it dismissively as a corporate playground, and I was an interactive host doing game shows and helping guests have the best day possible at “the happiest place on Earth.” (Writer’s note: Innoventions finally closed down on March 31, 2015.)

Anyway, this particular day stood out because, right after the park closed, cast members, Disney lingo for employees, were invited to catch the very last performances of the Country Bear Jamboree attraction, the famous audio-animatronic show with bears and the mounted heads of dead animals singing country music. This one was close to reaching its 30th anniversary, and while Walt Disney never got to see it come to fruition, he really loved the characters who were part of it.

Country Bear Jamboree was being closed down to make room for a new attraction which seemed sacrilegious to those who worked at the park, but change was in the air and we couldn’t stop it. Some said what would replace it would be one-part Circle-Vision, that 360-degree theater in Tomorrowland which had railings for guests to hold on to instead of seats as they were made to feel like they were moving along with the images shown onscreen. Others said the other part would be “Captain Eo,” the sci-fi 3D short film directed by Francis Ford Coppola and starring Michael Jackson.

Now when I was working at Disneyland, “Captain Eo” had not been shown there for years, but guests were still constantly asking us where they could see it. We all figured all the guests would know the movie was no longer showing at the park, but no one is quick to look at the map to see what is and what isn’t there. Sadly, it would take Jackson’s death to bring it back to Tomorrowland in all its technologically dated glory.

While I was never a big fan of the Country Bear Jamboree, I felt obligated to attend its final performances. At the very least it gave me the unique privilege of allowing me to say I attended the last show, something millions of visitors would never get to lay claim to. It was like when the dorm I stayed in during college got a zero score on the first week of back to school contests. No else got a score as low as ours, and we wore this fact with pride as only we could lay claim to having accomplished that.

After all these years, the bear I remembered most was Teddi Barra who descended from the ceiling on a swing decorated with roses and wearing a yellow raincoat. This soon made perfect sense as she began to sing “Singin’ in the Rain.” Many will want the starring role in a production, but it’s always the supporting players who command the most attention. Trust me, I speak from experience. 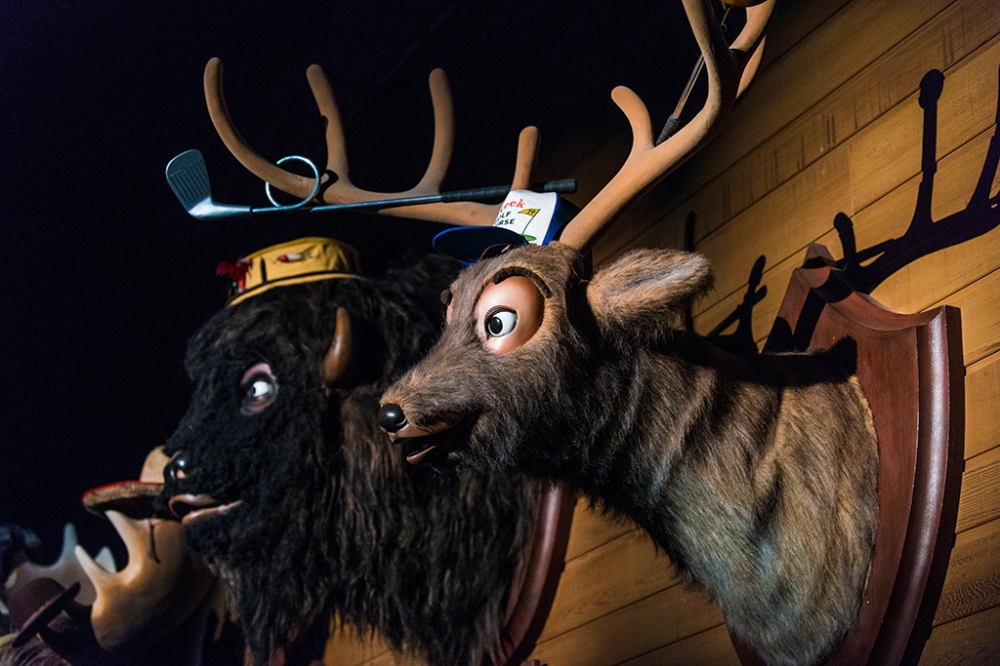 Also, the mounted heads of animals on the wall left a vivid impression on me. These were animals shot for sport, and yet they still sang with a lot of heart and spirit despite the fact they were now forever nailed to a wall. And keep in mind, Walt Disney also made “Bambi,” and we know what happened to the title character’s mother. Why didn’t they have Bambi’s mother’s head up there? I’d like to think it would have made a difference for all the children forever traumatized by the movie.

Many in attendance were wearing “Save The Country Bears” t-shirts which, while well-intentioned, proved to be utterly pointless as the decision to close the attraction down was made a long time in advance. Still seeing this attraction being closed down felt very sad because a part of Walt Disney’s spirit which brought about this park’s creation seemed to be going away with it. But change keeps coming for better or worse, and Disneyland would never have survived without the corporate world backing it up.

When the final performance came to a close, the cast members operating the attraction asked if we wanted to see it one more time. Of course, we said yes as it was not lost on any of us how we were a part of something many others would never get to experience. Seeing it for a final time made us feel lucky and special, and when it was all over we gave the attraction a long lasting and an ear-splittingly loud standing ovation. I personally felt privileged to be a part of this because many other jobs never would have allowed for such an opportunity like this. 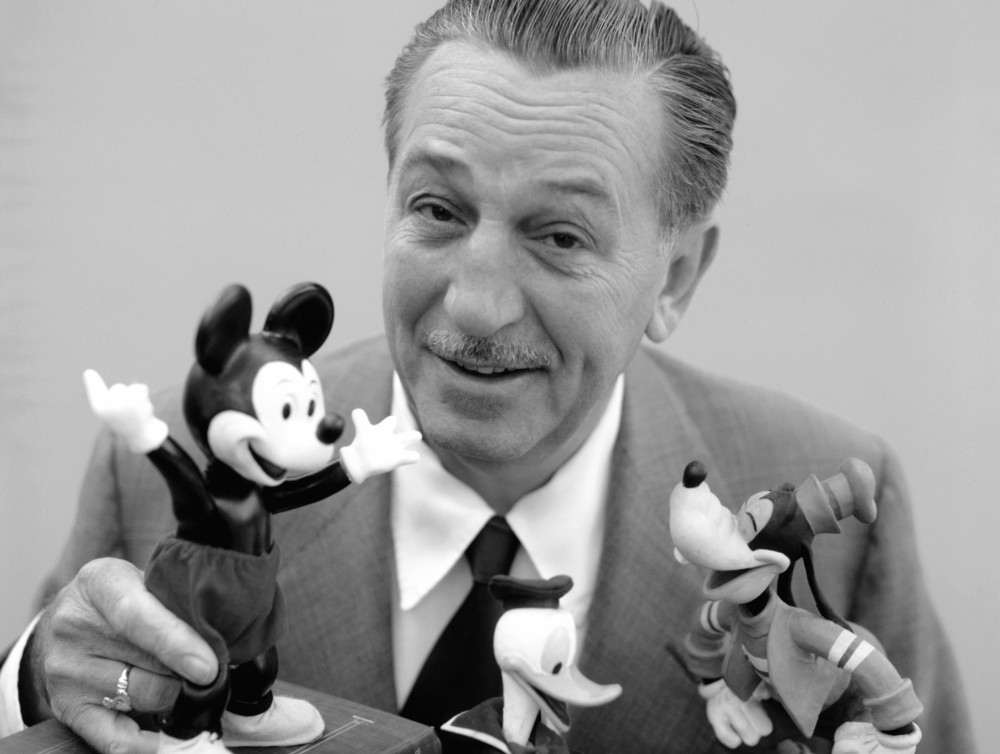 There are those cast members who say Walt is spinning in his grave with all the changes being made to his land of imagination. We still wonder how much of him is left in the park, and I’m not just referring to those urban legends like the one which says he’s buried underneath it or cryogenically frozen. I had the great opportunity of working with cast members who truly want to preserve the magic Walt brought to the park as it seems the damage Michael Eisner left in his path feels irreparable.

In retrospect, the closing of the Country Bear Jamboree served as an accidental allegory for the change which forever changed us in the wake of September 11th. Back then, I felt so lucky to be catching the bears’ unfortunate end when so many others couldn’t, and at least we had to chance to say goodbye to something or somebody. How ironic it was that a couple of days later we said a horrific and unexpected goodbye to the twin towers and many innocent lives in a way we didn’t see coming. It proved to be a time where we wanted to change the course of events, but of course we could not. The world can be very cruel, and 15 years have now passed since we were greeted with the worst terrorist attack in American history. Here’s hoping we continue to learn from the events of September 11th to where we can finally keep history from repeating itself.

Writer’s note: The Country Bear Jamboree attraction was eventually turned into the Winnie the Pooh ride. Truth be told, I am a die-hard Eeyore fan, so I have to admit I was really excited at what it would look like. It proved to be fun, but there could have been a lot more of Eeyore featured in it, a lot more.