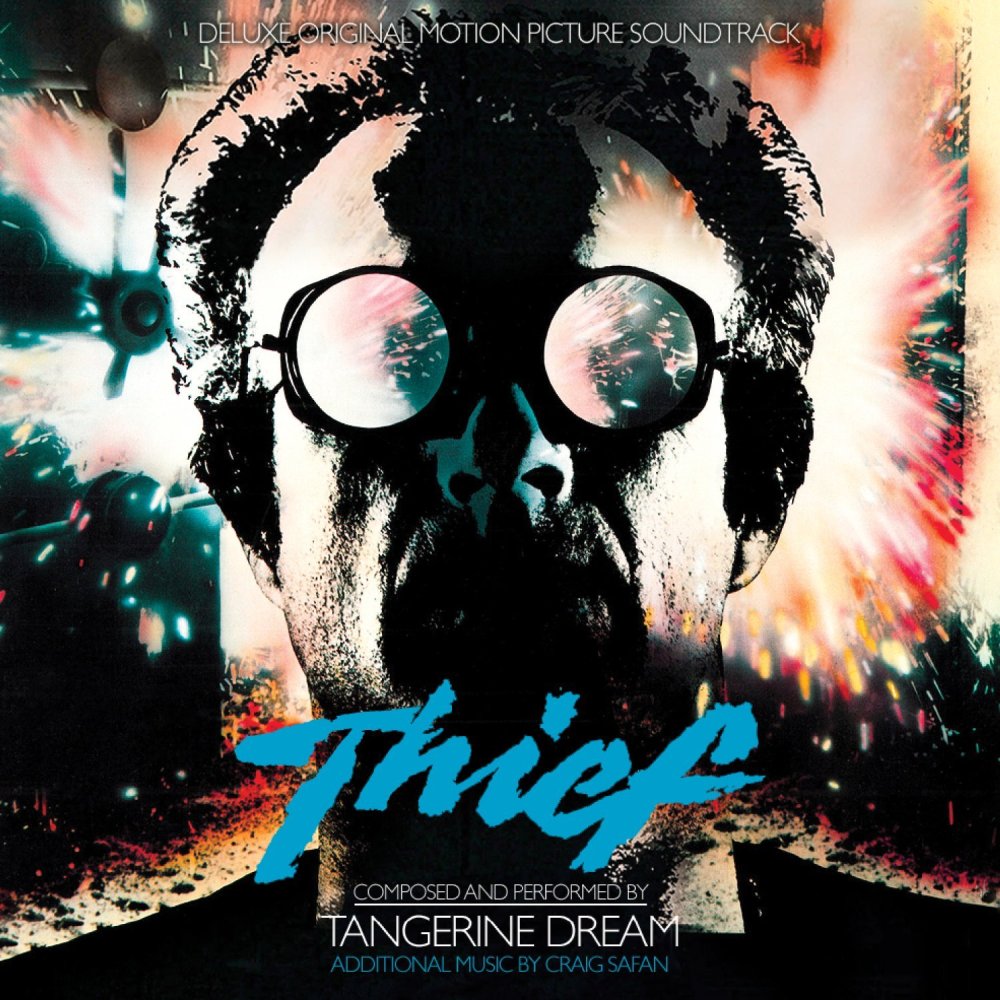 Tangerine Dream kept composing one great film score after another back in the 1980’s. Whether it was “Risky Business,” “Firestarter” or “Miracle Mile,” the German electronic music group lent their own distinctive sound to some of my favorite movies from my youth. One of their best efforts was “Thief” which marked the feature film directorial debut of Michael Mann and starred James Caan as Frank, a highly skilled jewel thief and ex-convict who is looking to achieve the American dream. With Mann’s meticulous detail to cinematography and the ways in which jewel thieves, several of which were hired as technical advisors for this film, carry out a robbery, Tangerine Dream’s music proved to be the perfect complement to the style he ended up capturing to such an unforgettable effect.

“Thief” has now been given a deluxe soundtrack release by Perseverance Records, a small label specializing in film scores which have either not been given the proper releases they deserve or are in need of a remastered edition. Their edition of “Thief,” to no one’s surprise, sounds better than ever, and it also includes the track “Confrontation” by Craig Safan who is best known for composing the score to “Remo Williams: The Adventure Begins.” This particular track has been omitted from previous soundtrack releases, but the good people at Perseverance Records did the right thing by including it here. It would not have earned the status of deluxe soundtrack had it been left out.

Now anyone who knows me best understands how much of a sucker I am for electronic film scores, and “Thief” is one of my favorites which wasn’t composed by John Carpenter. My favorite track is “Diamond Diary” which underscores the first big robbery Frank commits in the movie as it captures the intensity of it as well as the amount of time he has to complete his job in, which isn’t much. Then there’s “Dr. Destructo” which focuses on Frank’s determination to rid others of the control they have over him. As for Safan’s “Confrontation,” it is terrific in scoring how Frank gets his revenge and accepts the inescapable reality of who he is and what he cannot change.

Is there any downside to this edition of the “Thief” soundtrack? Well, there are no additional or alternate tracks to be found here. Since this movie is now over 30 years old, I figured there would be more music included which we haven’t heard on vinyl, cassette tape or compact disc before. Having watched Mann’s movie again recently, there are portions of Tangerine Dream’s score which sound different from what’s on the soundtrack, and I would have loved it if the film versions had made it onto this edition as well. Still, Perseverance Records has gone to great lengths to make this terrific film score sound better than ever before, and it makes revisiting this soundtrack all the more necessary.

“Thief” also comes with liner notes written by James Phillips which looks at what inspired Mann to make this movie, how Tangerine Dream came to compose the score for it, and of how Craig Safan was brought in to write music for the movie’s ever so violent climax. It was a surprise to learn Mann originally considered using blues music to score the criminal lifestyle this movie sucks us into. It turns out it was William Friedkin, who had just worked with Tangerine Dream on his underrated cult classic “Sorcerer,” who recommended the band to Mann for “Thief,” and back then the band was on the cutting edge of a new kind of music.

Phillips quote Edgar Frosse, the founder of Tangerine Dream, as saying he wanted to create “timeless music” and that the “exotic and shifting moods” of “Thief” fit in perfectly with the kind of music the band played. Just from listening to this soundtrack, you can tell Frosse and his collaborators, Christopher Franke and Johannes Schmoelling, were very much into experimenting with music and sounds, and it all makes for an unforgettable score which for some utterly ridiculous reason got a Razzie nomination for Worst Original Score. Go figure.

Another interesting section of Phillips’ liner notes is of how Safan was brought in to compose one piece of music for “Thief.” I was always under the assumption the track Safan composed was actually taken from a soundtrack to another movie as Mann got into the habit of doing this with his later films. However, it turns out Tangerine Dream was unavailable at one point due to their being on tour in Europe, so Safan was brought in to finish things up.

Granted, a lot of electronic scores from the 80’s sound hopelessly dated these days to where you can’t help but snicker at them, but Tangerine Dream’s score and Safan’s contribution to “Thief” really has stood the test of time. It perfectly captures the adrenaline rush of stealing stuff which doesn’t belong to you as well as the inevitably of how you can’t escape the life you were destined to leave. Perseverance Records has done an excellent job in making Tangerine Dream’s music sound better than ever. Like many of my favorite movie soundtracks, I never get sick of listening to this one.