Of all the sequels coming out in 2019, I have to confess I am especially excited for “3 From Hell.” Writer and director Rob Zombie returns with his third film dealing with the murderous exploits of the Firefly family, exploits which began with 2003’s “House of 1000 Corpses” and continued on in 2005’s “The Devil’s Rejects.” This sequel has been in the making for some time now, and while we still have to wait a month or two before it comes out, we now have a new trailer which shows it to be as bloody and violent, if not more so, than its predecessors.

One thing I am especially intrigued about is how Zombie plans to explain how Captain Spaulding (Sid Haig), Otis (Bill Moseley) and Baby Firefly (Sheri Moon Zombie) survived the “Wild Bunch” shootout at the climax of “The Devil’s Rejects.” For all intents and purposes, they have looked to have willfully ended their existence in a hail of bullets which no one could easily survive. Still, a news reporter confirms they somehow survived but, as their mangled bodies are hauled into the emergency room, says their chances of survival are “less than a million to one.” But as John Carpenter once said, “evil never dies.”

Surprise! The three survive and are put on trial for their vicious crimes in a public spectacle to where they look to have become folk heroes just like Mickey and Mallory were in “Natural Born Killers.” We even hear supporters in the background yelling out “free the three” to where I wonder if Zombie is making some sort of comment about how many in America typically act against their own best interests. Regardless of how you may feel about horror and exploitation films, the best ones always have some social commentary hiding just beneath the surface.

Judging from the behind the stories I have read about “3 From Hell” thus far, I assumed this movie would be about the trial. But sure enough, Captain Spaulding, Otis and Baby appear to have freed themselves from their incarcerations and go on another killing spree, and the trailer never tries to sugar coat or hide away from the brutality Zombie has in store for genre movie fans. Just watch as Otis endlessly bashes a helpless victim while Winslow Foxworth Coltrane (“31’s” Richard Brake) looks on with a twisted and detached amusement.

Like “The Devil’s Rejects,” “3 From Hell” looks to have a very grungy look which more than suits the subject matter, and my hope is Zombie got to shoot this one on film instead of digital. I eagerly await its release and its soundtrack as the ones Zombie has provided for the previous films were fantastic, and I never get sick of listening to either of them. Surely, this latest installment will have one which is every bit as good, right?

Lionsgate and Saban Films have partnered with Fathom Events to present the unrated cut of “3 From Hell” in theaters on September 16, 17 and 18, 2019, and each screening will have unique bonus content:

Tickets for these screenings will be available on the Fathom Events website starting on July 19. Click here to find out more.

Please check out the trailer above. 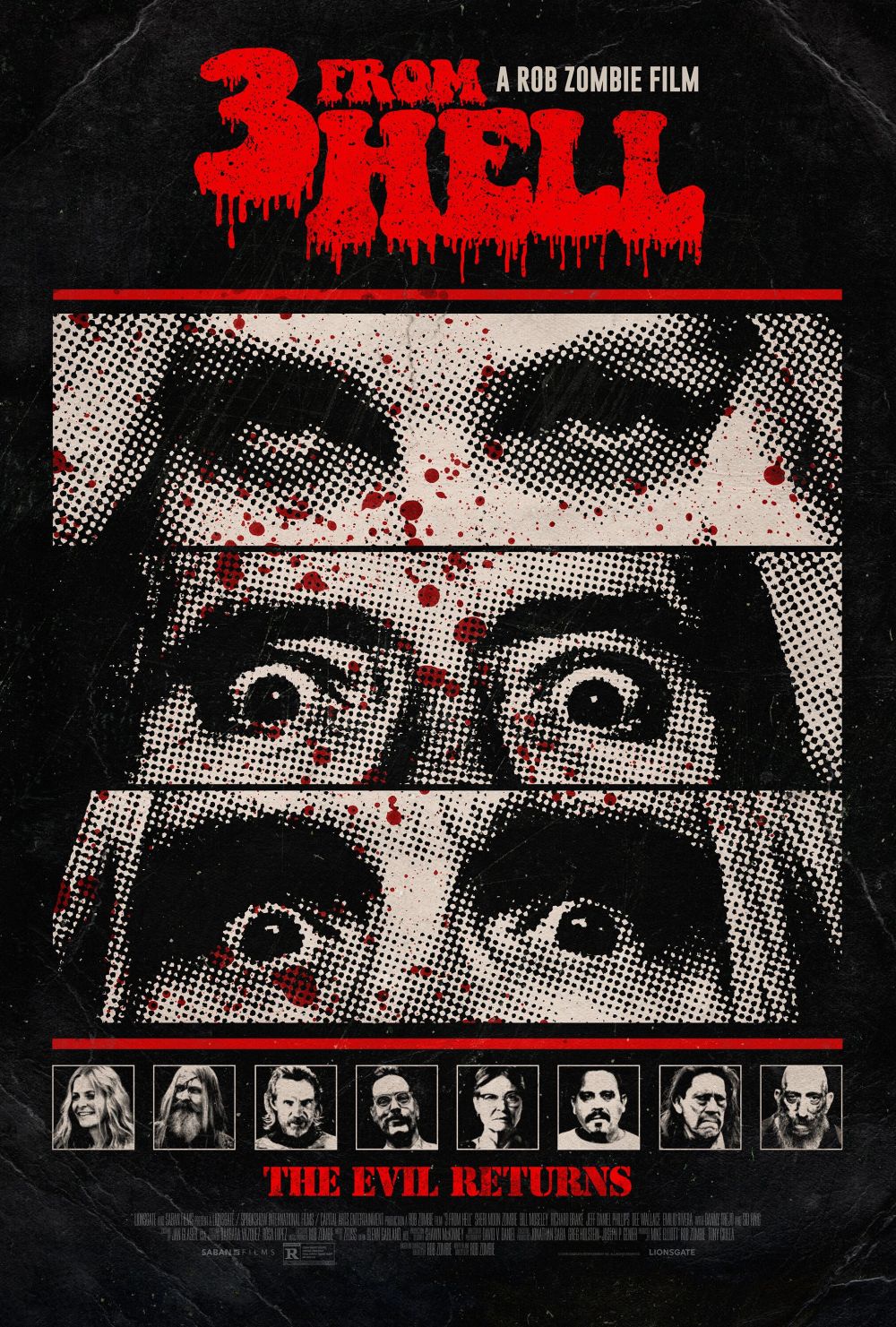