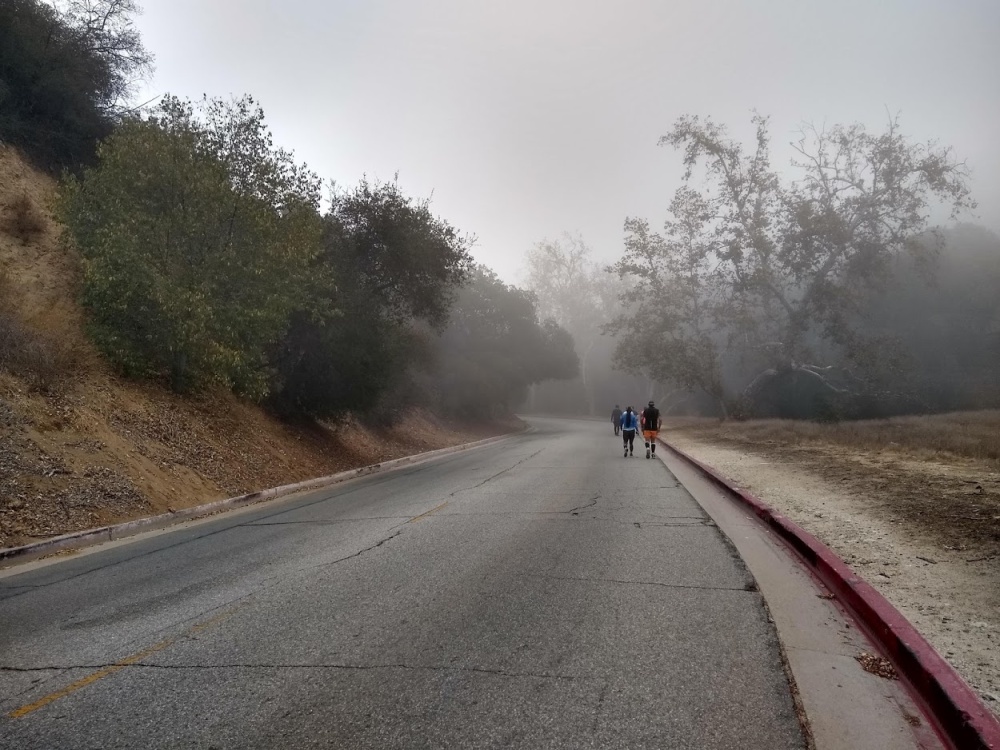 I made it back to Los Angeles the day before, but I still had to make some money as bills will never pay themselves like they should, so I didn’t get as much sleep as I should have for this Saturday’s run. Nevertheless, I managed to wake up before 6 a.m. before the alarm on my cellphone went off. However, I did get a bit distracted by the late Jonathan Demme’s “Married to the Mob” which was playing on television, and it remains one of my favorite movies of his. Michelle Pfeiffer was sheer perfection, Dean Stockwell played one of the few likable mob bosses in cinematic history, and Mercedes Ruehl stole every scene she was in.

Anyway, I arrived at Griffith Park in Burbank just as my fellow Pablove runners were beginning their warm-up exercises. These exercises seem simple in design, but they usually serve as a reminder of how my core muscles need to be strengthened more than I bother to realize. It’s all about the cores people, trust me.

This run had us full marathoners going 8 miles, and it took us up and down the backside of Griffith Park. This of course meant we had to run up that never ending hill which never ceases to punish those who ascend it. It doesn’t matter how good of a runner you are. Going up the backside always sucks the wind out of you. We were encouraged to shuffle up it, but even shuffling had me winded to where my walk breaks lasted longer than my time running.

When I came up to the one-mile sign, I wanted to curse it. This sign never comes soon enough on a run, and when I finally reach it, it looks like it is there just to laugh and sneer at me. There are runs where I feel like I have just completed 3 miles, and the one-mile sign shows up as if to say, “psych!” Damn you, one-mile sign! DAMN YOU!!! 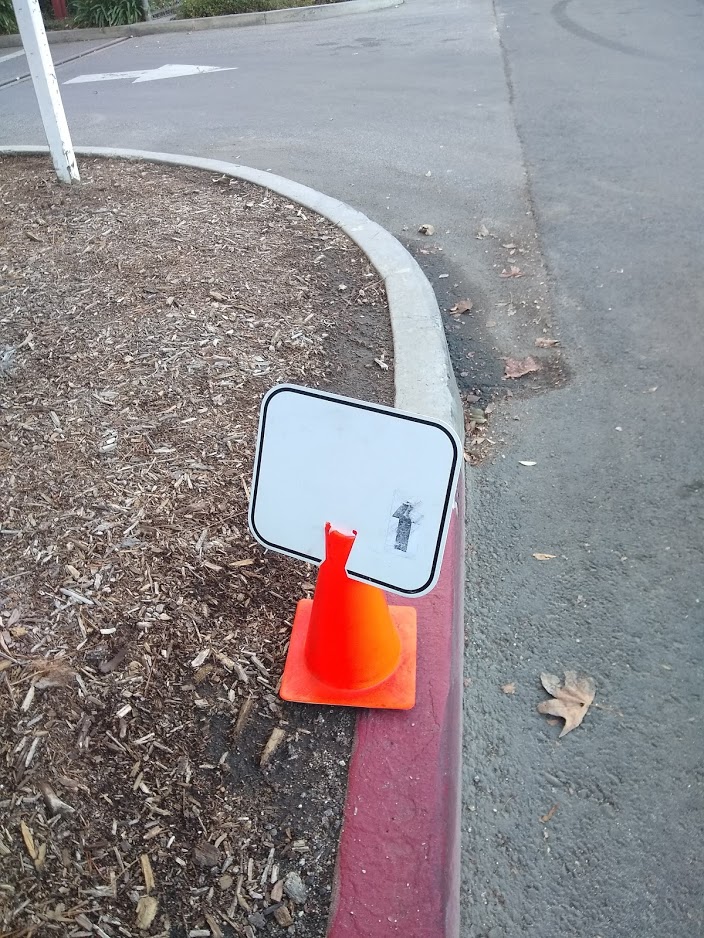 But then, upon closer observation, I realized the sign didn’t have the number one on it, but instead an up arrow. The arrow served as a reminder of the direction we needed to run in, as if it were not already obvious. Naturally, I felt like a schmuck for not noticing this at first glance. We all make mistakes and we are never perfect, and it could have been worse; I could have gone in the wrong direction. All the same, DAMN YOU ONE-MILE SIGN!!!

After finally reaching the top, I kept my speed in check as I descended down the other side. For a moment, I wondered if I was running in the wrong direction as Griffith Park became a little too silent for my taste. The drums of Robin Russell really would have been welcome at this point, but I guess he had a gig elsewhere.

Thankfully, Coach Lourdes was there to assure me I was going the right way. And yes, I did pass my fellow runners as they made their way back to where we started. As I made my way back, Lourdes became a bit concerned as I was coughing quite a bit. She asked if I was sick, and I replied I was not but that my allergies were having their way with me to where I wonder why I keep forgetting to invest in the Kleenex company. Maybe the air was dry or dusty. Lord knows the air quality in Los Angeles is never great, and those devastating wildfires have certainly made it even worse.

I have been thinking a lot about getting one of those Navage nose irrigation devices as I feel it will flush out all of my allergies to where my trash cans won’t be filled to the brim with used facial tissues. The only problem is the device costs $90 dollars, and this is a tiny bit more than I want to spend. Any suggestions? Would this be worth increasing my credit card debt for? 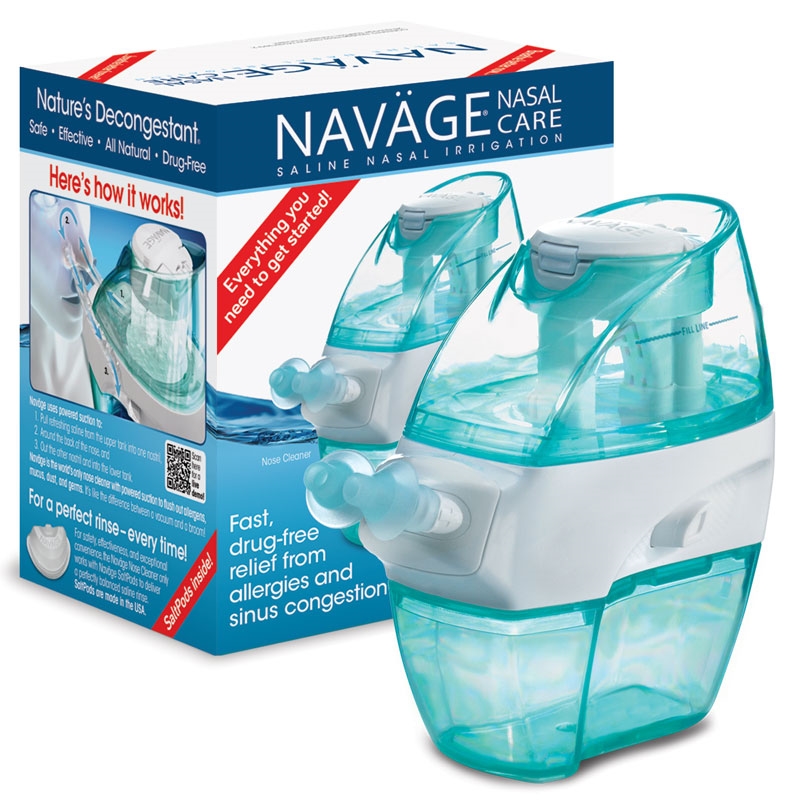 I made it back to where we started in one piece, and I was thrilled to see some of my fellow runners were still hanging around when I arrived. Typically, they are pretty quick to get in their cars and speed off, but I guess including the Hall & Oates song “Wait for Me” in one of my previous articles was enough to guilt trip a few Pablove runners into seeing me cross the finish line.

Regardless of my occasional cough, I came out of this run feeling good to where I felt the need to reward myself with a Sausage McMuffin with Egg sandwich at McDonald’s. As much as I should be avoiding fast food restaurants at my age, the breakfast meals at McDonald’s remain infinitely delicious after all these years. Even my dad loves their breakfast sandwiches, and he hates McDonald’s. 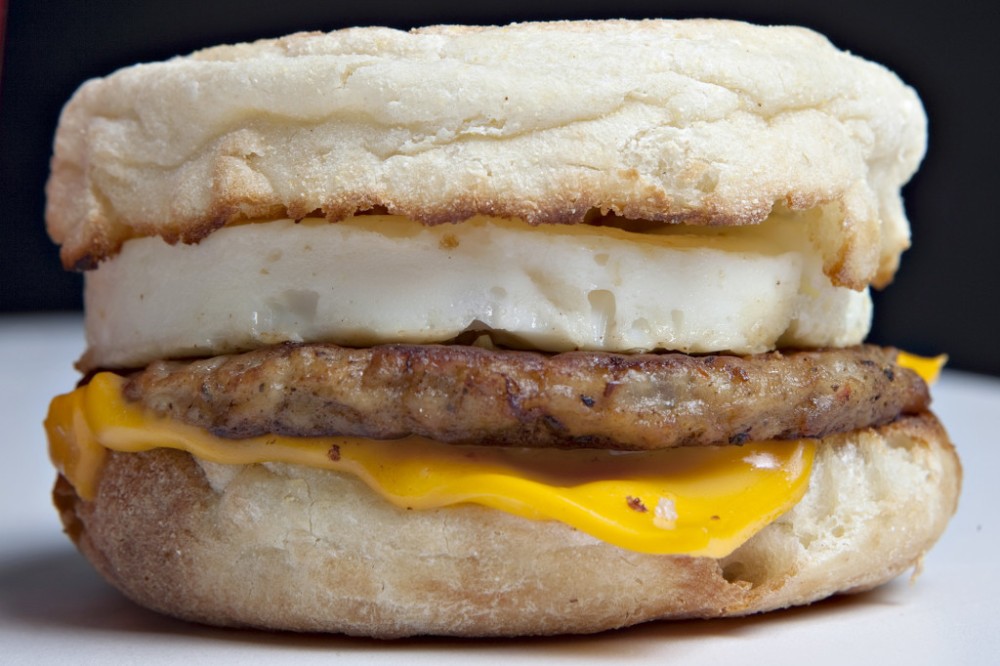 To be honest, this training season for the LA Marathon is going better than I expected. Hopefully I am not getting overconfident here, but I came into this season thinking I was not entirely ready to start training. I was hoping to start training more extensively before the Pablove runners met up for their first run, but balancing out running with making a living is always challenging as the latter wins out more often than not. But this time I want to burn the fat off my belly more than ever before. Here’s hoping I will once again look as svelte as I did back in high school. Anything is possible. Anything.

Once again, I implore you to make a tax-deductible donation to The Pablove Foundation which I am running this LA Marathon in support of. They are dedicated to finding a cure for pediatric cancer, and while millions of dollars are spent by our government each year on cancer research, only a tiny portion of it goes towards pediatric cancer research. This disease will not cure itself, so please lend a helping hand.