I have trained for the Los Angeles Marathon seven years in a row, and this marks the eighth year I have trained for it. Still, I am constantly reminded of how it doesn’t matter that I am a hardened marathon veteran because I can still screw myself up when it comes to training. This week’s run had us going 12 miles through Burbank and Glendale, and we even ran up and down Forest Lawn Drive which goes right past the cemetery of the same name. I point this out because the speed limit is 45 miles per hour, and it can be ever so easy to become roadkill like all those skunks which were left to rot on Highway 1.

I managed to get one maintenance run in this past week as Southern California was ravaged by brush fires which laid waste to the hills overlooking the 405 freeway, and they came very close to decimating the Getty Center. As a result, the air quality in the Los Angeles area was a lot worse than usual, and it’s never been great to begin with. John Carpenter made a movie years ago called “The Fog,” and I am still waiting for him to make the inevitable sequel, “The Smog.”

I keep telling people how there’s nothing like a hot summer day in December as the weather in Los Angeles has become unseasonably warm on a regular basis to where I am thrilled we start our runs at 7 a.m. in the morning. It also gives us a huge incentive to finish our runs before the sun rises all the way up in the sky as the heat only serves to slow us down and steal our energy.

After freezing our butts off in the frigid morning, we started our run and, as usual, I did my best to keep up with everyone else. It was around mile four or five when my fellow Pablove runners had vanished from my sight and left me in their vapor trails. From there, I just kept running and became more dependent on those walking breaks.

At one point as I was running along Riverside Drive, I passed by a tree where birds were squawking like crazy. It was like a scene out of Alfred Hitchcock’s “The Birds,” especially the one when Tippi Hedren, Rod Taylor and everyone else are hiding in the house, and all you can hear is the furious sound of the flying beasts as they battle their way inside. I wonder how the residents of Toluca Lake put up with these birds as they serve as a desperately unwanted alarm clock on a Saturday morning.

This marks the first run in years I have done with this group which had us running up Forest Lawn Drive. We are always encouraged to run against traffic as we are far more visible to those driving their Honda Accords or Volkswagen Jettas at 45 miles an hour, at least, but I found myself eager to get to the other side of the road as I felt more in danger than usual. Like I said before, this street goes right past the cemetery of the same name, and this adds to my always heightened awareness of my own mortality and of the mortality of skunks who failed to look both ways when crossing Highway One.

But an even bigger challenge faced me once I arrived back at Griffith Park, going up the hill to the park’s back side. This hill can feel never ending. Once you get to the top, you realized you haven’t. All you can do is keep huffing and puffing as the grade increases more and more to where you wonder why God created hills in the first place.

After making it over the hill, I found myself taking more walk breaks to usual. It got to where I started yelling out “fuck” whenever I started walking again as I felt like I was failing myself and my fellow runners. I wanted to finish strong, but now I found myself almost begging for Coach James to give me a ride back to our starting point.

Nevertheless, I made it to the finish line even though it felt I liked I limped toward it. All I could wonder at this point was, am I even taking my training seriously? Am I risking failure in an effort to remind myself of the things I need to do? Will I ever be able to keep up with the other runners to where some will still be around waiting for me when I finally cross the finish line?

Well, let’s talk about what I will do before next Saturday’s run. I will do at least two maintenance runs of 30 to 45 minutes each, I will stay hydrated and increase my intake of electrolytes as they are more than just an R.E.M. song off of “New Adventures in Hi-Fi,” and I will stay away from the booze more often than I don’t. Granted, it helps to have a Jack and Coke, if not two, these days when Donald Trump wreaks havoc in the White House or on Twitter, but it does kinda get in the way of running multiple miles through Burbank and Glendale.

Nevertheless, I did cross the finish line, and this is all that really matters. I am not out to set a new land speed record, and any chance of doing so has long since passed me by. This is about running through the streets of Los Angeles and seeing how an event like a marathon can bring so many strangers together. It is an amazing sight, one which I hope you will all get to witness sooner than later. Having witnessed so many marathon runners going past my apartment ten years ago, it proved to be an inspiration and got me to put my running shoes on for the first time in years.

But more importantly, I am doing this in support of a wonderful non-profit organization, The Pablove Foundation. This organization, which is dedicated to finding a cure for pediatric cancer, recently held a gallery show in Los Angeles to show off the incredible photographs taken by the children, ages ranging from 7 to 15, whom are referred to as “Pablove Shutterbugs.” The photos they took are incredible, and I would love to take some classes Pablove offers to learn of their secrets. Shooting a photograph might be a simple thing, but there’s more to it than meets the eye. Click here to see some of the photographs from the Pablove Los Angeles Gallery Show. 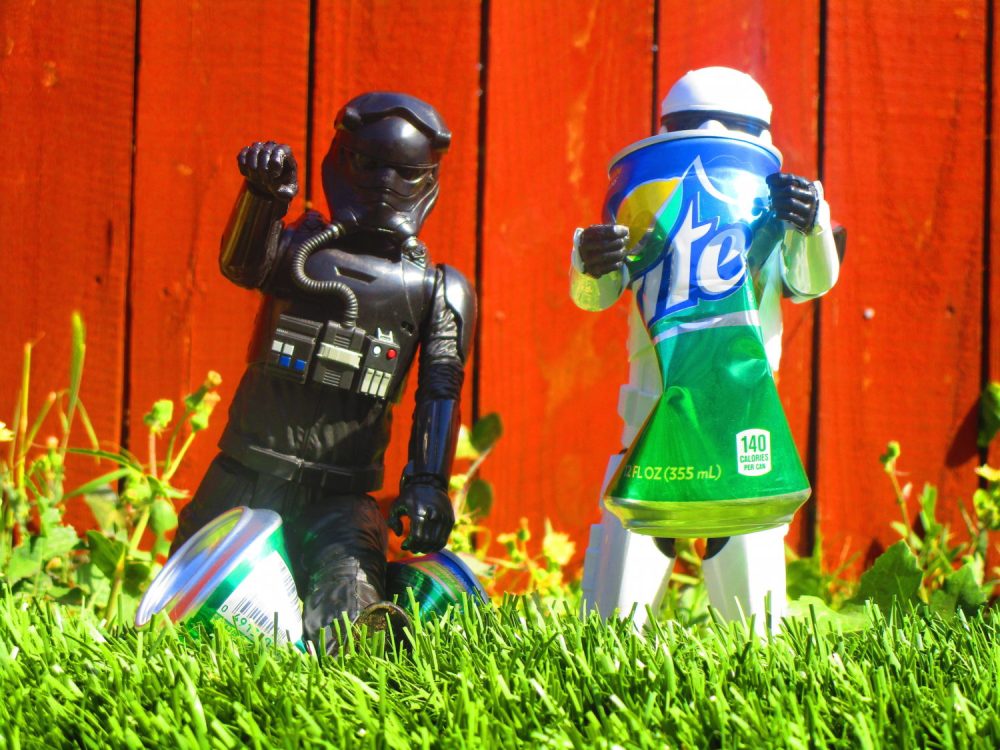 This photo is entitled “Peek-a-Boo,” and it was taken by Tyler who is 10-years-old.

In short, I ain’t giving up and I’m not throwing in the towel. There’s always room for improvement, and everyone will see this improvement next week, and that’s even if I still finish last.

FUNDRAISING UPDATE: With my fundraising and Facebook pages combined, I have now raised $280 towards my goal of $1,500 for The Pablove Foundation. The end of 2017 is rapidly approaching, so be sure to get those tax-deductible donations in before the ball drops in Times Square. With this disastrous tax bill going through the Senate right now, there will never be a better time to stick it to the man. Click here to see how you can make a donation.