The Aero Theatre in Santa Monica was sold out yet again when director Savage Steve Holland was there to talk about his two 1980’s comedies “Better Off Dead” and “One Crazy Summer” back in June 2008. But the big attraction of the evening was “Better Off Dead” as it still has a huge cult following 30 years after its release. Like many movies from our youth, it was a box office flop and got eviscerated by critics. Siskel and Ebert gave it two thumbs down, and Peter Travers tore it apart limb from limb, but it eventually found its audience on video, cable, DVD and Blu-ray. These days, you would be hard pressed to find anyone who hasn’t watched “Better Off Dead,” and everyone who has seen it loves it.

“Better Off Dead” follows Lane Meyer (John Cusack), a teenager with an obsession for skiing and an even bigger obsession for his girlfriend Beth (Amanda Wyss). But soon after the movie begins, Beth dumps Lane for the captain of the ski team, and this leaves him utterly devastated to where he tries to kill himself in order to get her attention. Throughout, he is forced to deal with a crazed paperboy who wants his two dollars, his mother’s bizarre ways of cooking food, his dad’s insistence on doing something about his Camaro which remains immobile on the front lawn, his kid brother who reads books on how to pick up “trashy woman,” and a lovely foreign exchange student who has the misfortune of staying with the dork heads, ahem, the Smiths next door.

After “Better Off Dead” ended, Holland came to the stage and was greeted with thunderous applause. Dressed in jeans, a white buttoned-down shirt and wearing a green baseball cap, he was so happy to see all these people who came out to see this movie which he made long ago. Along with Holland was Diane Franklin who played the French exchange student Monique, and Curtis Armstrong who plays Lane’s best friend Charles de Mar.

Holland said “Better Off Dead” was inspired by his own life experiences, particularly the one where a girlfriend dumped him for somebody else. One scene has Lane tying an extension cord around his neck in the garage, and Holland said he did the same thing and had attached the cord to a pole while standing on a plastic garbage can. Holland said he became terrified and couldn’t go through with it, and then the lid of the garbage can suddenly broke and he fell right into it. Then the pipe above him broke, water came out and he almost drowned as a result. His mother came into the garage to see what was going on, and she ended up yelling at him for breaking the pipe.

“Better Off Dead” did so well in test screenings to where Warner Brothers gave Holland even more money to make “One Crazy Summer.” The studio executives were so convinced they had a big hit on their hands, and they wanted to work with him again on his next movie. Unfortunately, “Better Off Dead” failed at the box office and, while he did get the opportunity to make “One Crazy Summer,” Holland said he was quickly consigned to what he called “movie hell.” This is the place you go to when your movie doesn’t have a big opening weekend, and all those friends you thought you had in Hollywood stop calling you as a result. 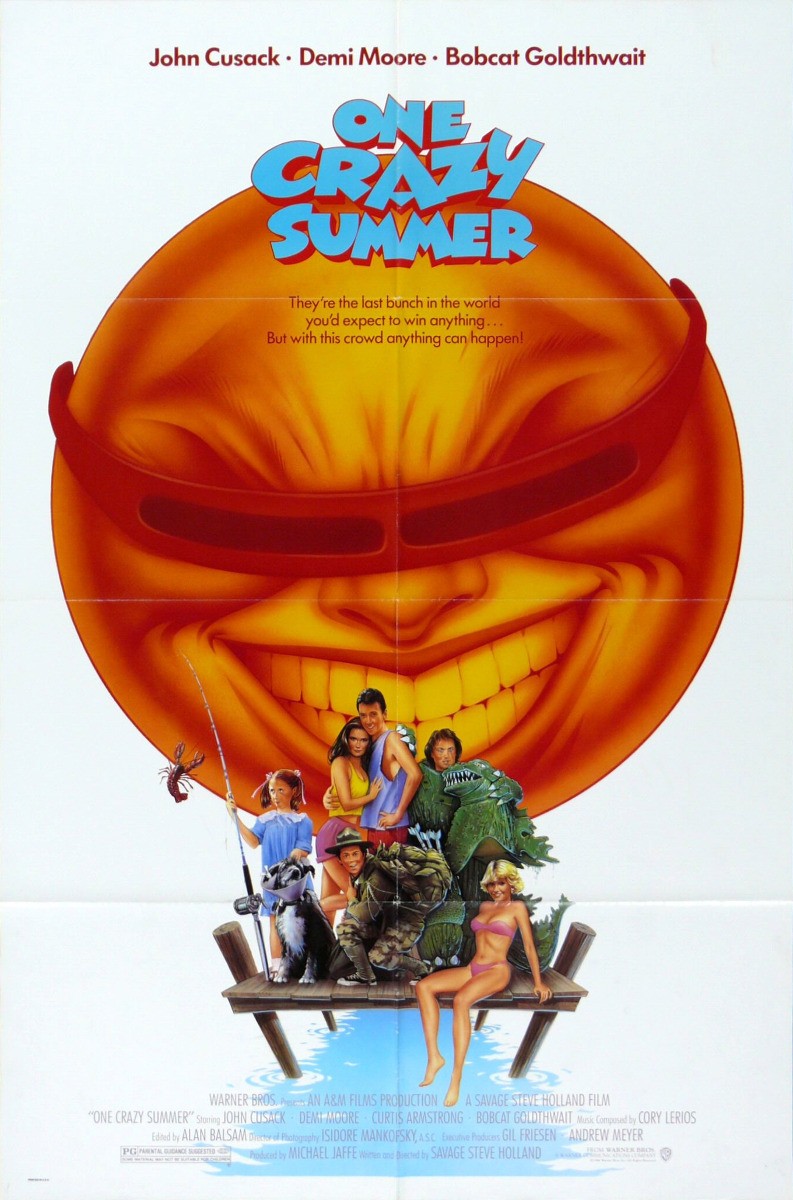 One fan asked Holland what the difference was between making “Better Off Dead” and “One Crazy Summer.” With “Better Off Dead,” Holland said he had total creative freedom to where no one was looking over his shoulder, and this made it the best filmmaking experience he has ever had. With “One Crazy Summer,” it was very different because there was more money involved, and studio executives were on set watching his every move. A lot of this was due to their initial response following the first “Better Off Dead” screening as they came out of it horrified, thinking it was a sequel to John Water’s “Pink Flamingos.”

Franklin, as it turns out, is not French. She said her father is in fact German, so this may account for her looking like she is from another country. As for her French accent, Franklin said she took French classes in high school and became very good at speaking the language, and the accent came to her easily as a result. When she came in to read for “Better Off Dead,” Franklin was actually up for the roles of Beth and Monique. Franklin said making this movie remains the best experience she has had as an actress, and she remarked how Holland created a fun and comfortable atmosphere for everyone to work in. She also confirmed it was indeed a woman who did her skiing sequences in the movie and not a man as many assumed. Holland did say, however, that her stunt double looked almost exactly like her, and the only thing separating them was the stunt double’s tan.

Also up for the role of Monique was Elizabeth Daily who sang the movie’s title track at the school dance. But in the end, it was determined Daily was just “too hot” for the role.

Armstrong came up with some of the most memorable aspects of Charles de Mar. The scene where the ski captain asks Beth what her name is and Charles replies, mistakenly thinking he the one being talked to, was Armstrong’s idea. He also came up with the top hat Charles wears throughout the movie, saying it was inspired by his love for The Beatles and, in particular, George Harrison. It was also his idea to bring along the jar with the dead pig in it to school. However, Armstrong said he could not take credit for this famous piece of dialogue: “I have been going to this high school for seven and a half years. I’m no dummy.”

Armstrong also brought up a brief conversation he had with Kim Darby who played Lane’s mom. At one point during a break from filming, Darby came up to Armstrong, took him by the shoulders and said, “Watch out! They’re trying to destroy you!” After that, she never spoke to him again.

Holland also discussed some of the movie’s deleted scenes, and among them was one which showed how Lane’s mother belonged to the cult of Gumby and was collecting money for it at the airport. Other deleted scenes included Lane’s father (played by David Ogden Stiers) coming home to find his wife vacuuming the lawn, Lane trying to practice the theme song to “Flipper” on his saxophone, and there is a seal there which ends up applauding another person who ends up performing it better than him. Also, the scene of the paperboy falling off the cliff actually lasted a lot longer as Holland had about three minutes of it on film, but test audiences had a very sickened reaction to it, and it got shortened as a result.

If there was one thing which dampened the mood for “Better Off Dead” fans, it is the fact Cusack hates the movie. Holland said he got along great with Cusack while making “Better off Dead,” and he really wanted Cusack to like it as much as he did. Before they began shooting “One Crazy Summer,” Holland got the cast members to hang out with each other in Cape Cod so they could become comfortable with one another. While there, someone was presenting a screening of “Better Off Dead” which they all went to. Twenty or so minutes into it, Cusack walked out. Holland figured Cusack had to take a call or something, but the actor never returned. Holland later caught up with Cusack who told him he thought the movie was horrible and that he no longer trusted him as a director. Suffice to say, this really brought the audience at the Aero Theatre down.

Someone else asked how Rupert Hine came to score “Better Off Dead.” One of the companies involved in the movie’s making was A&M Records which had worked on soundtracks for other films like “The Breakfast Club.” Hine was a featured performer on that soundtrack but had never actually done a film score before. “Better Off Dead” was his first effort as a film composer, and the resulting soundtrack release for the movie is indeed awesome.

This evening was a lot of fun for everyone involved, and it says a lot about “Better Off Dead” that it remains so popular decades after its release. One fan proudly proclaimed it as being “bar none, the greatest movie ever made.” Such a fan this guy was, he got Holland to sign an authentic air filter for a 1967 Camaro, just like the one featured in the movie. Along with that, he also had the original vinyl release of the soundtrack as well as the movie’s original script.

“Better Off Dead” is truly one of the most entertaining comedies to come out of the 1980’s, and it is a movie Cusack really should be proud of. What else can you say about a movie in which Steven Williams utters one of the most famous lines in cinema history?

“Now that’s a real shame when folks be throwing away a perfectly good white boy like that.”

The article’s over… You can go home now.