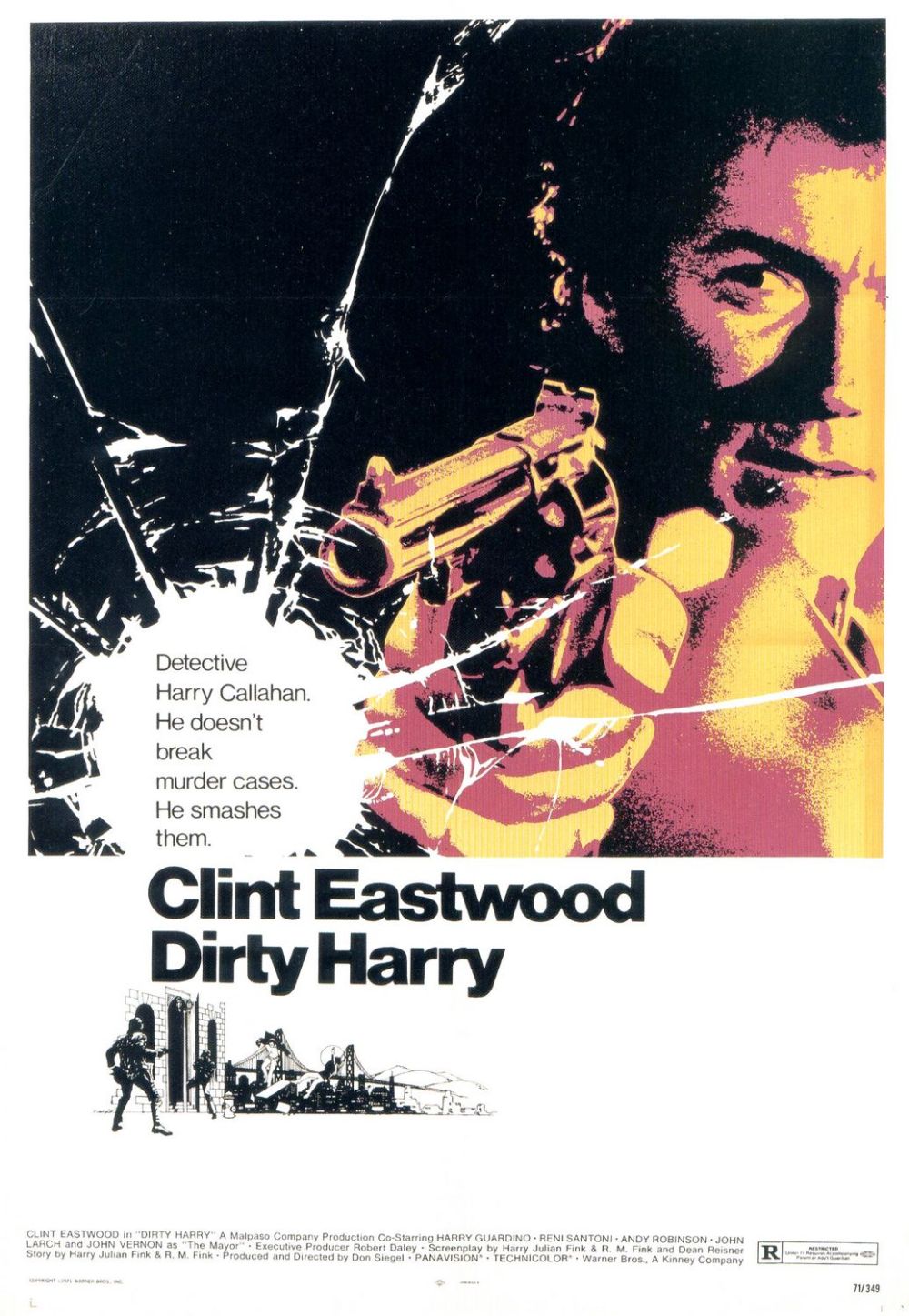 Of all the movies Edgar Wright selected for The Wright Stuff II Film Festival at New Beverly Cinema, “Dirty Harry” is the one he has watched the most. Wright screened a nice print of the 1971 classic along with another movie called “The Super Cops,” and joining him to talk about it was filmmaker Quentin Tarantino.

They started off riffing on trivia about how the original title for “Dirty Harry” was “Dead Right,” and how it was first going to star Frank Sinatra who later pulled out when the 44-magnum ended up injuring his wrist. It also turned out the late Irvin Kershner, who directed “The Empire Strikes Back,” was the first choice to direct the movie (Don Siegel eventually took the job). Tarantino and Wright also talked about how actor Albert Popwell played a different black stereotype in each “Dirty Harry” film except for “The Dead Pool,” and they both wished he played the mayor in that one.

For Wright, what he loved about “Dirty Harry” was the grittiness of its main character and the atmosphere of San Francisco. On the DVD for “Hot Fuzz,” Wright did a location tour where the film was made, and he even checked out the deli where Eastwood was filmed eating a hot dog when the bank robbery took place. As for the film’s score by Lalo Schifrin, he declared it his all-time favorite saying it marked the birth of “acid jazz.”

But much of the treasure trove of information came from Tarantino who said he first saw “Dirty Harry” when he was five or six years old, and he described it as a “political lightning rod” upon its release. Apparently, it got a lot of crap thrown at it by liberal critics who didn’t want a police fascist solution as well as from right wingers who got freaked out by Scorpio and the ills of society.

The way Tarantino viewed it, however, “Dirty Harry” does have a solid agenda. When Andy Robinson played Charles “Scorpio” Davis, there had never been a villain like him before in movies and, the term serial killer had not really been coined yet. The agenda was for there to be new laws for new crimes, and “Dirty Harry” was screaming for those new laws. Scorpio was not your average villain, and that he got such a kick out of his crimes was easy to see. There was no cure in store for such a psychotic character like this one.

Both Tarantino and Wright agreed “Dirty Harry” really holds up after 40 years. Much of this is due to its sequels treating the iconic character more as a superhero than a regular human being.  With “Magnum Force,” Tarantino felt it was made more for critics of the first movie than its audience as it preached against its predecessor and the character itself by having Harry go after those taking the law into their own hands. This was the same deal with the other sequels, but “Sudden Impact” is the lone exception. Wright remarked at how, along with John Carpenter’s “Halloween,” “Dirty Harry” has one of cinema’s most perfect endings which was eventually ruined by sequels.

They also talked about Siegel who had already been around for a long time before he directed “Dirty Harry.” Siegel was a B-movie genre director from the 1950’s and a Hollywood craftsman who eventually became an auteur. For the most part, Harry Callahan represented the quintessential character of his films; the cop who takes the law into his own hands. Even after directing the 1971 classic, Siegel would continue to have a long and healthy career in films, eventually reuniting with Eastwood on “Escape from Alcatraz.”

Tarantino also described “Dirty Harry” as the single most ripped off and imitated action movie of the 1970’s. He even gave a list of every single movie which stole from it: “McQ,” “Newman’s Law,” “Nightstick,” and everything from Cannon Films. The similar thing about the ripoffs was they lost all the political subtext which made “Dirty Harry” such a strong film. It became all about going after some big drug dealer or crime syndicate, and there was nothing political about that. When it came to 1970’s movies, the only others which were stolen from as much were the ones starring Bruce Lee.

“Dirty Harry” apparently also boasts the first homosexual date in cinema history as seen through Scorpio’s scope rifle. Tarantino said it was the first instance of unforced male sexuality in movies, and he still remembers the audience laughing at this scene when he first saw it. Back then he thought the audience wanted this couple killed, pointing out how they were not as enlightened as we are today, and that they were culpable for their “sinister intentions.”

Hearing these two great filmmakers talk about this Don Siegel/Clint Eastwood classic made for one of the most interesting evenings I have ever spent at New Beverly Cinema. A new generation of audiences will look at “Dirty Harry” differently and may see it as tame compared to plethora of serial killer movies we see today. With the popularity of “The Silence of the Lambs” and the “Saw” movies among others, serial killers have long been the norm in American cinema, so the accomplishments of the 1971 classic threaten to seem diluted as a result.

Thanks to Edgar Wright and Quentin Tarantino, we are reminded of “Dirty Harry’s” place in cinematic history and how it opened doors not just for Eastwood, who made the transition from westerns to other films, but for so many other movies as well for better and for worse.