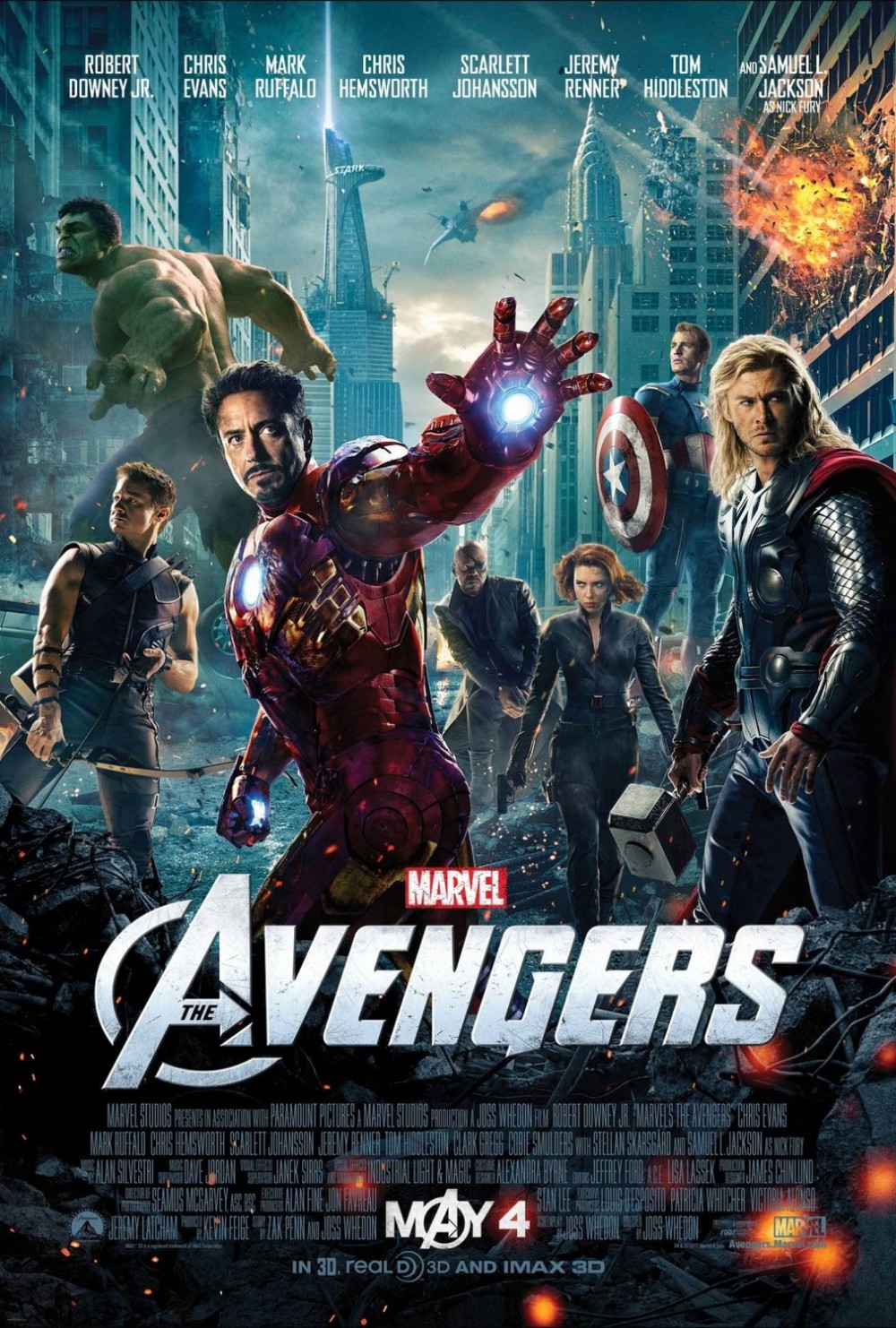 So now we finally have “The Avengers,” a movie which has been hinted at over the past few years in “Iron Man,” “Iron Man 2,” “The Incredible Hulk,” “Thor” and “Captain America: The First Avenger.” Director of S.H.I.E.L.D. Nick Fury (Samuel L. Jackson) has made cameo appearances here and there to remind these superheroes there is this way they can all come and work together, and for a bit it seemed too good to be true. But low and behold, Joss Whedon has given us a summer blockbuster which was worth the wait and focuses on character as much as it does on spectacle.

“The Avengers” starts off with S.H.I.E.L.D. experimenting on a powerful energy source known as the Tesseract when Loki (Tom Hiddleston), Thor’s brother and nemesis, appears out of nowhere and steals it. His plan is to use it to subjugate Earth and its inhabitants because he feels they wanted to be lorded over more than they realize. From there it’s up to these various superheroes to join forces and defeat Loki and his army before it’s too late.

This movie does take its sweet time getting started, and it almost seems unnecessary considering how well acquainted we have become with all these superheroes through their individual movies. Still, meeting up with them again feels good as we are curious to see what they have been up to since their last set of adventures. Captain America/Steve Rogers is still trying to acclimate to present day life after being frozen for decades, Dr. Bruce Banner/The Hulk spends his time in a foreign country helping its people while trying to control his anger, and Tony Stark/Iron Man is busy completing a new skyscraper along with the love of his life, Pepper Potts. Others make their entrance at unexpected times and play more of a role here than they did in previous movies.

What makes “The Avengers” work so well is that Whedon never lets the iconography of these characters speak for them more than the actors do. While these few have amazing superpowers we all dream of having, they are seen as freaks who are not part of society as a whole. Being so alienated from the common man and woman, their relationship with themselves and those around them is dysfunctional to say the least.

Seeing these characters interact with one another gives this film its best moments. While they may have a lot in common, their ideas of protecting humanity differ quite significantly. Captain America is as old fashioned as they come, and his methods and beliefs have the more cynical people snickering behind his back. As for Thor, he’s from another planet which has all those around him wondering what the hell he’s talking about.

And then Tony Stark comes into this ruckus like John Bender in “The Breakfast Club,” gleefully and playfully chiding all those around him (he calls Thor “Point Break”). Robert Downey Jr. inhabits this character like few others could, and he makes Stark a likable character even while he’s being an arrogant bastard much of the time. In many ways, Downey is the most prominent presence among these Avengers even while others in the team are nowhere as selfish as Stark.

The actors in “The Avengers” confirm what we already knew in the past, that they were exceptionally well cast. Each one brings a depth of humanity to their characters in a way that keeps them from becoming mere caricatures of what we grew up reading about. Special kudos goes out to Chris Evans and Chris Hemsworth who make their roles as Captain America and Thor count for all they are worth. What could have been made inadvertently laughable has been rendered largely charismatic by these two thespians, and we cheer them on as they fight the good fight against Loki and his army.

It’s also nice to see Scarlett Johansson and Jeremy Renner get more screen time here as Black Widow and Hawkeye than they did in previous films. Renner had one of those blink and you missed it cameos in “Thor” while Johansson’s role in “Iron Man 2” was in a movie which had more characters than it had any right to deal with. In “The Avengers,” the two of them are given more room to grow, and each invests their character with real emotions which makes us root for them throughout.

But the one actor who stands out above everyone else in “The Avengers” (literally and figuratively speaking) is Mark Ruffalo who is the latest actor to portray Dr. Bruce Banner, better known by his alter ego of the Hulk. Marvel has had the hardest time translating this particular comic book character to the big screen despite memorable performances from Eric Bana and Edward Norton. But like those two actors, Ruffalo finds his own interpretation of this famous character, and he succeeds in making this role his own. Unlike the moody Bruce Banners of the past, Ruffalo gives us one who yearns to fit in with everyone else regardless of the angry state he gets in from time to time. In the process, Ruffalo gives us a Hulk worth cheering for as he dominates each action scene he’s in thanks in part to vocal help from the original Hulk, Lou Ferrigno. As a result, I see a future for the actor as this character in a way I couldn’t before. Seeing him slam Loki all over the place as if he were a wet rag had the audience clapping loudly.

Are there plot holes and inconsistencies to be found in “The Avengers?” Probably, but with a movie like this you don’t really find yourself thinking too much about that. What sucks for Thor is he never gets to meet up with his earthbound love Jane Foster (Natalie Portman) who is sent off to some remote place where she’ll be safe. When “Thor” ended, the portal between his world and Earth was forever destroyed it seem. It’s never made clear how it somehow got fixed to where Thor could travel back, but anyway. You’d figure he would at least spend some time with Dr. Foster, but some superheroes can only be so lucky I guess. At least you can give Thor some credit for looking her up. Dr. Banner never looks up his old girlfriend who was been played in past movies by Jennifer Connelly and Liv Tyler. What gives Hulk? You smash things but did you also smash what’s left of your emotional connections? Oh well…

The big problem with big budget blockbusters like “The Avengers” is they can easily get overwhelmed by the special effects to where the human element is completely lost. But none of this is ever lost on Whedon who has given us such great entertainment over the years with “Buffy The Vampire Slayer,” “Firefly” and “Cabin in The Woods” which he co-wrote. Here he gives a satisfying blockbuster which works on us emotionally as much as it thrills us. This could have easily been a major disappointment, and the fact it is not makes the film a huge success.

WRITER’S NOTE: This review was written in 2012 not long after “The Avengers” was released.