It has been 10 years since Sylvester Stallone revived once of his most iconic characters in “Rambo” and wreaked bloody vengeance (and I mean really bloody vengeance) against the cruelest of adversaries. Since then, we have constantly wondered if John Rambo will utilize his ruthless combat skills one more time. Stallone at one point swore that this series was over and had no desire to do another sequel, but the term “never say never” was always in the air, and now he is back as the Vietnam War vet who can never keep his past at bay for too long.

The first trailer for “Rambo: Last Blood” has now been unveiled, and the movie is scheduled to be released in September 2019. My thoughts on this trailer are particularly mixed as it makes this next adventure in the violent life of John Rambo look like any other action movie. Moreover, it almost seems like a remake of “Homefront” which Stallone wrote the screenplay for. My hope right now is for “Rambo: Last Blood” to be a much, much better movie than “Homefront” was as that one really sucked.

I have a feeling it will take a little bit for audiences to realize Stallone is playing Rambo again as the character no longer has a mullet. Instead, he has the same kind of haircut Stallone sports in most of his movies, and adds to the business as usual look this trailer gives off. It is only when Stallone wields his famous knife or picks up his bow and arrow that you realize whom he is portraying. Perhaps the moment which will make you see Stallone is playing Rambo once again is the last image of him with a bloodied face as he prepares to jam his knife down into some place where the sun don’t shine.

Stallone has said he intends for this “Rambo” chapter to be a “soulful journey” and his version of “No Country for Old Men.” Truth be told, it does have a very similar look to the Coen brothers’ Best Picture winner. Or perhaps it will be something along the lines of “Logan” which allowed Hugh Jackman and James Mangold to bring permanent closure to the story of Wolverine. Still, this trailer makes this sequel look like any other action flick, and my hope is the next trailer we get will make it look a bit more unique.

Directing “Rambo: Last Blood” is Adrian Grunberg who previously directed Mel Gibson in “Get the Gringo” and also worked with Gibson as a first assistant director on “Edge of Darkness” and “Apocalypto.” Whatever you may think of Gibson as a person these days, he has proven to be one hell of a filmmaker, and I hope Grunberg has learned a lot from his style to make this “Rambo” sequel more thrilling and bloodier than this trailer suggests.

And yes, this is said to be the last “Rambo” movie ever, but while at the Cannes Film Festival recently, Stallone did say he would continue playing John Rambo if this fifth film does well. In the end, the box office will have the final say on this.

Check out the trailer for “Rambo: Last Blood” above. 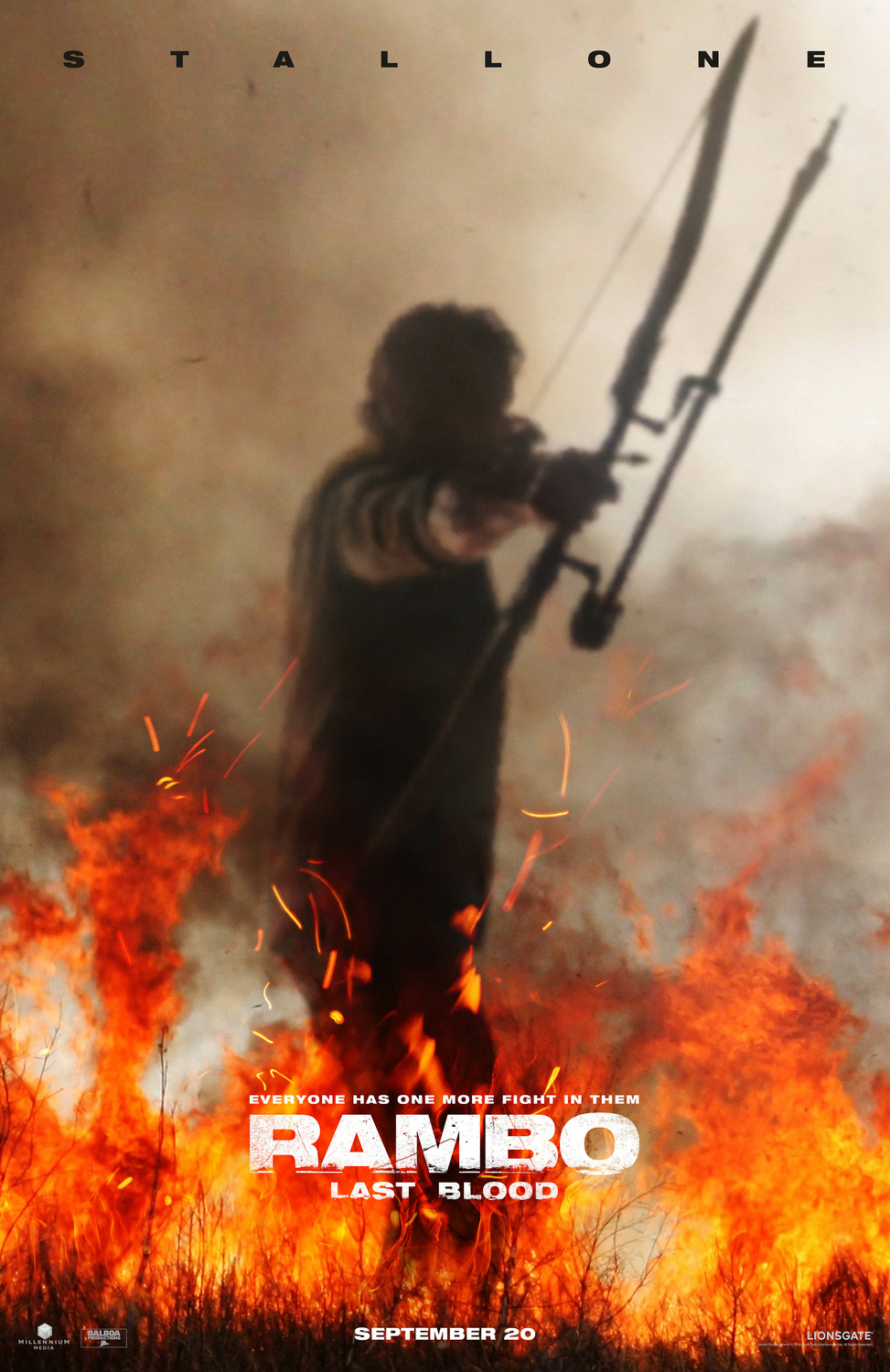