It has been a terrible week for Southern California. Last Wednesday, a lone gunman carried out a mass shooting at a bar in Thousand Oaks, a city I lived in for five years, which left 12 people dead. But as the city mourns a terrible tragedy, it is now being endangered along with a number of surrounding areas by a horrific wildfire which has now left acres upon acres in ashes. The fire has hit close to us as well as Griffith Park is being threatened by the same wildfires to where parts of it have been down, and animals from the LA Zoo had to be evacuated. As a result, us Pablove runners saw our Saturday run cancelled, but we were encouraged to do the run on our own.

This week’s run was five miles for full-marathoners, and two miles for those doing a half marathon. I am still committed to running the full marathon, so five miles it was. After sleeping in for a change, I did my run in my neighborhood which is in the mid-Wilshire area right near Museum Row. I usually do my maintenance runs on 6th Street all the way to San Vicente Boulevard and then turn back, but with this run I decided to take things in a different direction.

As I stepped outside my apartment, I found it was a warm sunny day in November. Just when I thought the warm weather would finally depart Southern California, I was reminded of how climate change is not a hoax. The sun was bearing down on me as if I were an extra in “Lawrence of Arabia,” and this combined with the inevitability of me running on concrete instead of asphalt made it clear this run would be tougher on my joints than usual. I had my interval timer watch on my wrist, and I was all set to go and determined to be a self-starter. Nothing would stop me… except for the fact I forgot to put on my water belt. I should have known better. There is no excuse for me to go out for a run without bottles filled with grape-flavored generic Pedialyte and water containing electrolytes. Why I initially left my apartment without these necessary tools is something scientists are currently looking into. 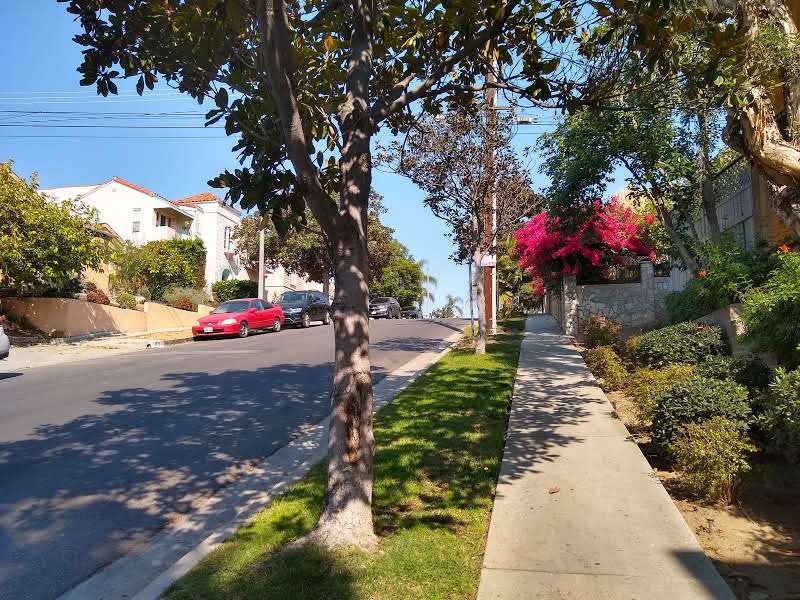 I decided to head down Cochran Avenue towards Washington Boulevard as it would provide me with an uneven course which had hills to run up and down. That’s right, I gave myself hills to run over! In past training seasons, none of my fellow runners ever looked forward to running up any hill put in their path, but hills are part of the Los Angeles Marathon, so we have no business avoiding them.

One thing I was reminded of as I ran the streets of Los Angeles was how we are often greeted with inescapable distractions while running through Griffith Park, Burbank, Glendale and other parts of North Hollywood. There are all those fast food restaurants like Carl’s Jr. which had posters on its windows of the most luscious double cheeseburgers, and they made their fast food meals something you couldn’t wait to sink your teeth into. Of course, once we enter any fast food establishment, we are greeted with a reality we did no ask for as the meals are never as appealing as we imagined. We end up feeling like Michael Douglas in “Falling Down” when he gets his burger and says, “Can anybody tell me what’s wrong with this picture?” 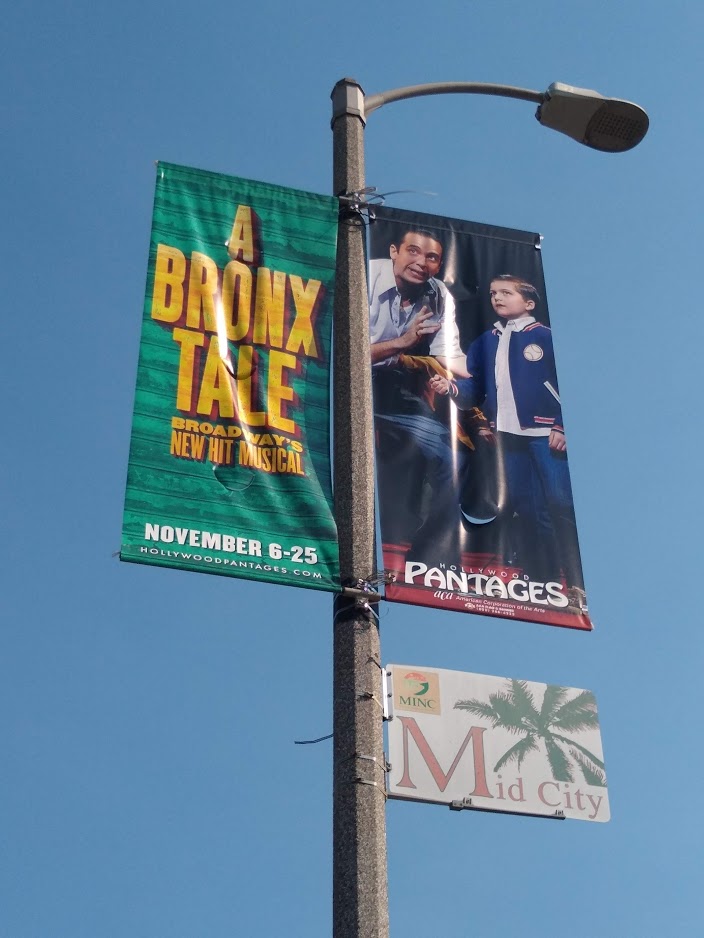 Instead, I was greeted with such distractions like yard sales where I could buy things for an unbelievably low price, or by signs for “A Bronx Tale” musical which was based on the play by Chaz Palminteri which was in turn adapted into the fabulous motion picture directed by Robert De Niro. None of these things made me hungry, but they informed me of opportunities I just might be missing out on.

Last week, I ran at a pace of 3:1, but this time I ran at a pace of 2:2 after having done so in a maintenance run during the week. Since I came out of that run in one piece, I was confident I would do the same here despite the hot and dry weather. Surprisingly, I did quite well. I owe some thanks to the female voice on the Runkeeper app. When I did my maintenance run, the word she said which stood out most was “steady.” She never said “run,” “light speed” or even “ludicrous speed,” just “steady.” By staying “steady,” I got through this run without ever feeling winded. This training season is clearly getting off to a good start.

One thing I was reminded of from previous training seasons is how excited dogs would get whenever we ran pass them in residential neighborhoods. It’s as if they were saying, “Hey! Wait up! We wanna run too!” In the neighborhood I live in, there are also plenty of dogs being walked around town or staring at passing humans behind gates or fences, but these ones are a little more territorial. Some were interested in running, but others were far more intent on protecting their owners’ homes. One big dog growled at me to where the “Beware of Dog” sign really wasn’t necessary. Another one came out of nowhere, and I jumped as it barked loudly at me as if to say, “GET OUT OF HERE! THIS IS MY OWNER’S HOUSE! YOU DON’T PAY RENT HERE!” I started to feel like Chevy Chase in “Fletch” when he was chased by that Doberman Pincher, but I did stay steady and didn’t go into warp speed.

When I got to Washington Boulevard, the sun was bearing down hard but I was determined not to be turned into a human shish kabob. I even dared myself to run on the side of the street which had no shade. When I turned around and ran on the other side, I asked myself why I didn’t appreciate shade enough to run in it. What was I thinking?

There wasn’t an alert on my phone to tell me I had reached the halfway point, so it occurred to me to take a look at it as I got closer and closer to Fairfax Avenue. When I did, it showed I had already run 2.55 miles. It would have been nice to be informed of this sooner, but anyway. I ran back the same way I came, and this time I kept my distance from the dogs. Regardless, they remembered exactly who I was and didn’t hesitate to bark at me from a distance. Excuse me for existing!

And then there were those yard sales which I did slow down by, thinking there might be a CD or a DVD worth purchasing. But knowing the weather was going to get hotter and the air quality wasn’t getting any better, I just went on by. When I arrived back at my apartment, Runkeeper made it official that I had ran 5.07 miles, and I did it all by my lonesome… Well, last season I did most of the runs by my lonesome, so this isn’t anything new.

After all these years of marathon training, the one rule I have never forgotten is, when running, to land on the balls of my feet. You never land on the heel as the odds of getting injured will be far greater. This is one of the many reasons why I still get to train for the Los Angeles Marathon, and for the ninth year in a row.

FUNDRAISING ALERT: Now this may not be the best time to ask for donations as we are all eager to help those suffering from the wildfires wreaking havoc all over California, but if you have any extra change, please consider making a donation to The Pablove Foundation. While millions of dollars are given to cancer research every year, only a very tiny portion goes towards a cure for pediatric cancer. Please click here to learn how you can help.