I first became aware of Ralph Garman when he and Kevin Smith hosted a screening of “Red State” at New Beverly Cinema. In the movie, Garman plays Caleb, husband to Sara (Oscar-winner Melissa Leo) who is a shameless member of Five Points Trinity Church, an infinitely homophobic religious sect which puts the WBC to utter shame. While Ralph has no dialogue, he left quite the impression on audiences as film acting requires you to do more with your face than with dialogue. 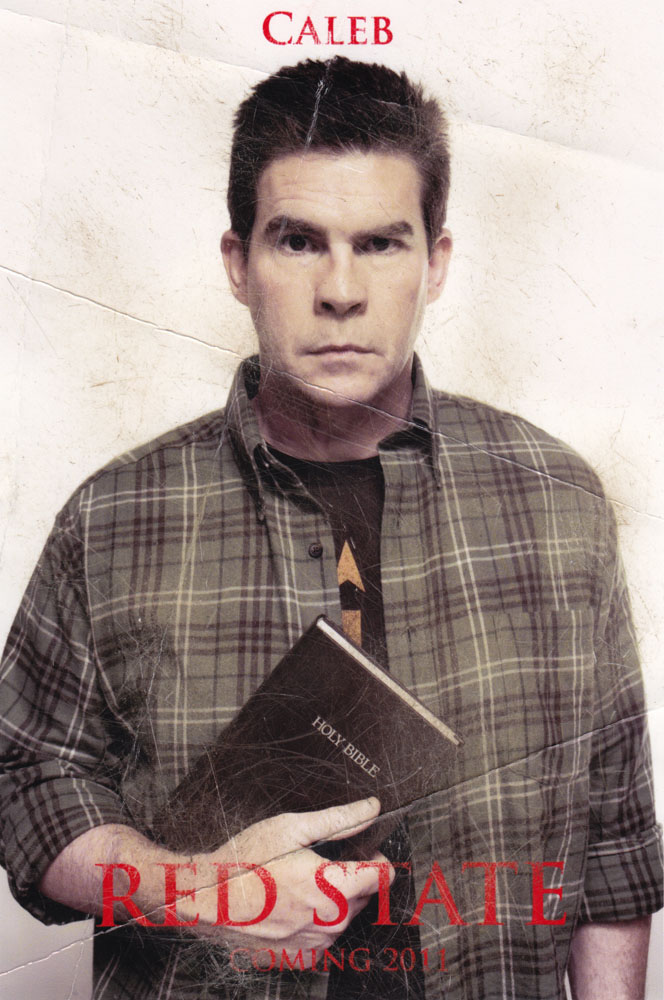 But following the screening, which also served as my introduction to “Hollywood Babble-On,” a podcast I am a die-hard fan of, Ralph demonstrated to the audience a talent he has long since been gifted with, doing voices. Whether he spoke as Al Pacino, Christopher Walken or Sylvester Stallone (“GREEDY AND LAZY!!!”), it was clear he had more than eight voices in his repertoire.

Ralph Garman is an actor and radio personality who has appeared in such movies as “Sharktopus,” “Lavalantula,” “Ted” and “Yoga Hosers” to name a few. On television, he has lent his vocal talents to countless episodes of “Family Guy” and appeared on “The Joe Schmo Show.” But to many, he is best known for his time on “The Kevin & Bean Show,” a Los Angeles morning radio show on KROQ-FM. For almost two decades, he entertained audiences with his impressions and sketches which included him going nuts as Christian Bale and voicing the late Jerry Lewis so well to where he actually ended up talking with Jacques Chirac, the one-time President of France. This, of course, led to a lawsuit, but anyway.

On November 30, 2017, Ralph told audiences he was leaving “The Kevin & Bean Show” after 18 years and was very emotional about departing from a job he was at for a very long time. His exodus was the result of downsizing put forth by KROQ’s new management. To see him get laid off was painful as anyone who has gone through the same thing can understand the shock and sadness of seeing their regular routine upended for the sake of increased profits. It’s like your manager is telling you, “We would love for you to stay. We just don’t want to pay you and we figured you would have a problem with that.”

After interviewing with other radio stations for the possibility of employment, Garman came to realize he no longer wanted to work in an environment where he was told what he could and could not do. So, at the beginning of 2018, he debuted “The Ralph Report,” a weekly podcast which can be found on the membership platform website, Patreon. This has proven to be the perfect place for him to continue his work as he has developed a faithful following of listeners which he lovingly refers to as the “Garmy,” and it is a podcast I very much look forward to listening to Monday through Friday.

Wisely, Garman has tailored “The Ralph Report” to have different kinds of segments each day to keep things fresh and to not let it fall into a stagnant rhythm. He continues to “walk the showbiz beat” as he has said for years, looking at the latest news in Hollywood, listing the birthdays of celebrities, and checking out which movies did big business at the box office over the weekend. He also continues to have great fun at the expense of the reality show “The Bachelor” and its various incarnations along with his wife, Kari Watson. Hearing them riff on the latest “Bachelor” episode makes me want to watch it myself, and this is even though I typically live to avoid reality shows in general.

Like any good show, “The Ralph Report” continues to evolve to include new segments such as “Holiday or Holi-nay” in which he looks at each day’s national holidays to determine which one deserves to be celebrated over all the others. It’s constantly astonishing to see just how many holidays can be fit into a single day to where I wonder if there’s any day of the year which does not have one. It also reminds me of a classic episode of “The Simpsons” in which the following dialogue was spoken:

Mayor Quimby: “Henceforth, this date shall forever be known as Flaming Moe’s Day!”

Mayor Quimby: “It can be two things!”

In recent months, Garman has also brought on stand-up comedian Eddie Pence to be his vice host, and the two play off each other very well. You also have to give Pence points for bravery as loyal members of the Garmy continue to pester him about the foods he should like but does not, facts he often gets wrong (“EDDIE!!! Is Wrong”), and those who continue leaving voicemails which start off with “DAMN YOU, EDDIE PENCE!” I think he deserves more respect than people often give him, and this is even though I am annoyed with him describing the sci-fi cult classic “Tron” as, in his words, “boring.” Hey, Eddie, no movie which stars Jeff Bridges, “The Dude” for crying out loud, can ever be considered boring. And yes, that includes “R.I.P.D.”

If I have to choose one segment from “The Ralph Report” I have come to like above all others, it is “Sex U.” Ralph originally did this segment on “The Kevin & Bean Show” until KROQ and the FCC forced the program to drop it. At first, I thought it would be poking fun at sex in general or at the sexually inexperienced, but it has proven to be a very thoughtful segment which deals with sexuality issues in an intelligent way. One episode in particular dealt with adult virgins who still find themselves celibate for varying reasons. This is actually a bigger issue than many even bother to realize. How do I know this? I’m not answering that.

But what’s especially appealing about “The Ralph Report” is that it is hosted by a man who remains a very down-to-earth individual. He moved from Philadelphia to Los Angeles with the intention of becoming a serious actor, and while things for him may not have worked out the way he expected, I think he has ended up exactly where he needs to be. Ralph has a loving wife and daughter, his love of the “Batman” television show from the 1960’s has proven to be infectious, and he strikes me as a celebrity you can have an easy conversation with. Also, he has taken the large step of creating a business for himself through Patreon, and it has proven to be a success which has nowhere to go but up.

Please keep up the great work, Ralph! I look forward to seeing how “The Ralph Report” will evolve from week to week. Kudos to you as well, Eddie, for being an effective vice-host. Just remember Eddie, I love “Tron” and I mean it. Bye.