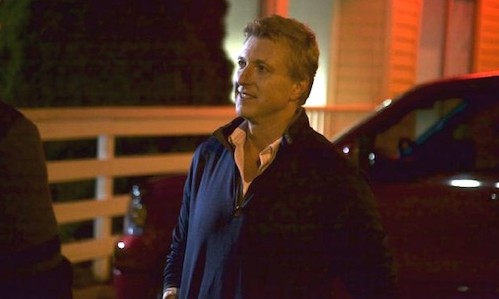 Ever since he played Johnny Lawrence in 1984’s “The Karate Kid,” actor William Zabka has forever burned himself into our collective memories as the quintessential school bully. From there he went on to play characters who were equally antagonistic in movies like “Back to School,” “Just One of the Guys” and “National Lampoon’s European Vacation” in which he does the unthinkable when he dumps Audrey Griswold as his girlfriend. All these movies serve to make you completely forget that Zabka started off his career acting in commercials which portrayed him as the all-American nice guy.

But the truth is there is more to Zabka than just playing the bully we all love to hate. Ever since “The Karate Kid,” he has gone on, unlike many of his co-stars, to earn a black belt in Tang Soo Do. On top of that, he speaks Czech fluently and is also an accomplished musician. Furthermore, he has gone on to become a noted filmmaker, and his short film “Most” earned numerous awards as well as an Academy Award nomination for Best Live Action Short Film.

All these years later, we catch up with Zabka in “Where Hope Grows,” a film written and directed by Chris Dowling, which has him playing Milton Malcolm. Milton looks like a successful businessman, but we come to see his life is falling apart very quickly. He descends into alcoholism with his best friend Calvin Campbell (Kristoffer Polaha), a former major league baseball player whose career was undone by panic attacks. But when Calvin finds a way to sobriety thanks to his newfound friendship with a simple-minded supermarket employee with Down syndrome who is known by his nickname of Produce (David DeSanctis), Milton ends up feeling more isolated than ever, and this sends his life into an even deeper downward spiral.

Looking at this, it becomes clear Zabka has a more complex role than any other actor in “Where Hope Grows,” and I told so during a roundtable interview held at the Four Seasons Hotel in Los Angeles, California. Unlike his most famous characters, Milton cannot be easily labeled as a good or bad guy in this movie. I asked him what the challenges were for him in playing such a complex character, and he liked that I found this to be the case with Milton. 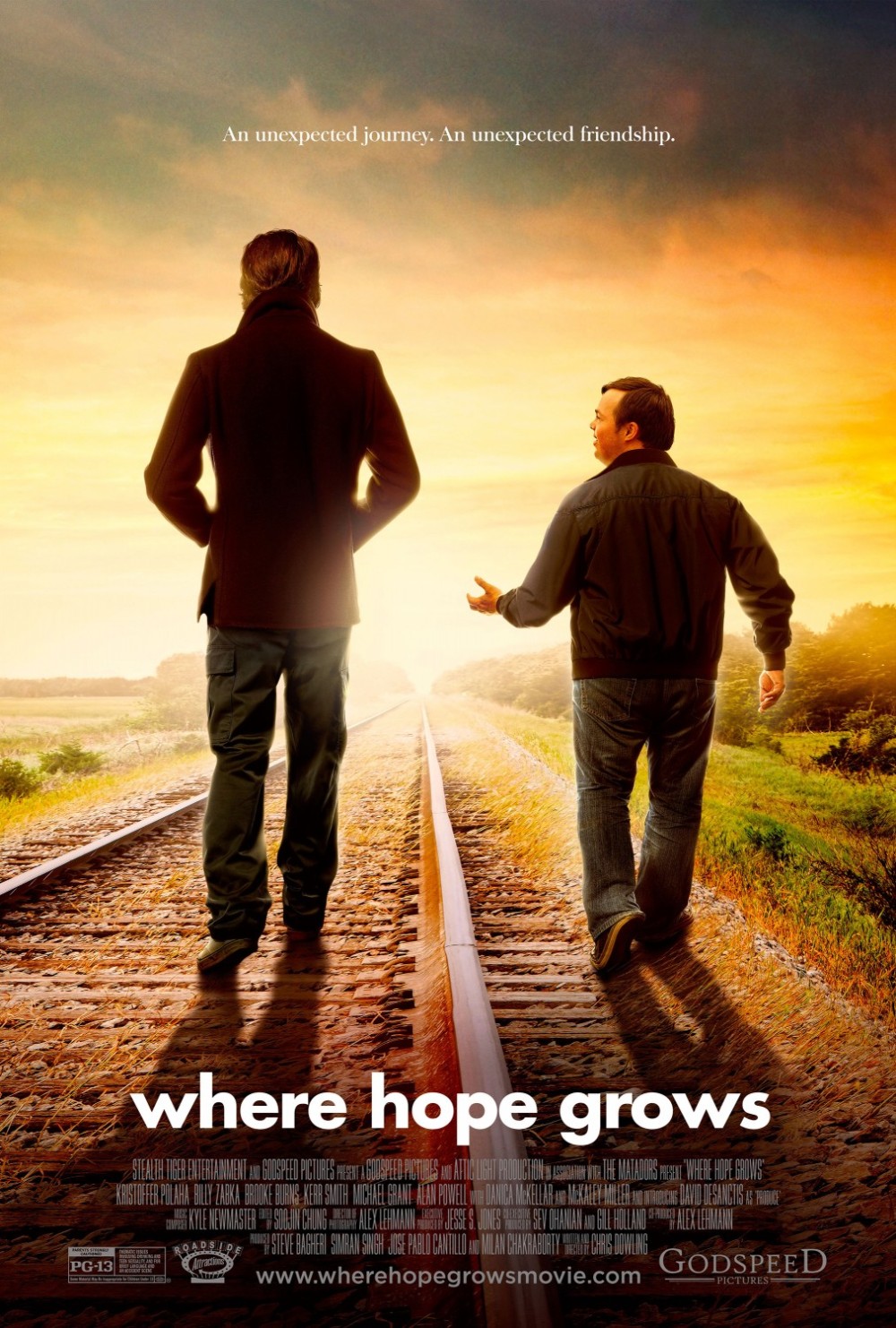 William Zabka: This character is very complex. He has it all or appears to have it all. He’s got a beautiful wife and kids but he’s in trouble at work, he’s in the bottle, neglecting his wife, there are all kinds of stuff going on. To live in the moment of that and to feel the pain of that… The one scene where I almost come off really brazen in the scene at the golf course, I was saying to Chris, “Give me another line.” We were banned from saying the “R” word on the set. It was like no “R” words and here I am delivering it. I said, “Can’t we just find something softer? Can we be ignorant but not so brazen?” Chris really wanted that contrast for the ending and payoff. That’s a vulnerable place to go as an actor because as an actor you want to be liked or at least relatable. I’m glad you said that you could see the complexities because he wasn’t a good guy and he wasn’t a bad guy. He was misinformed. Produce’s story is kind of a second story to him. He is struggling with his own stuff, and it’s later when they come face to face and this kid gives him a gift. So, hanging onto that was the key to allow me to go down to some of those darker places.

It was a real honor to be in the presence of Zabka whose performance in “The Karate Kid” remains forever burned into my memory. But while many remember him best for playing such a hateful bully, there’s certainly much more to him than we realize.

“Where Hope Grows” is now available to own and rent on DVD, Blu-ray and Digital. And of course, you can see him on the YouTube Red series “Cobra Kai” as Johnny Lawrence.