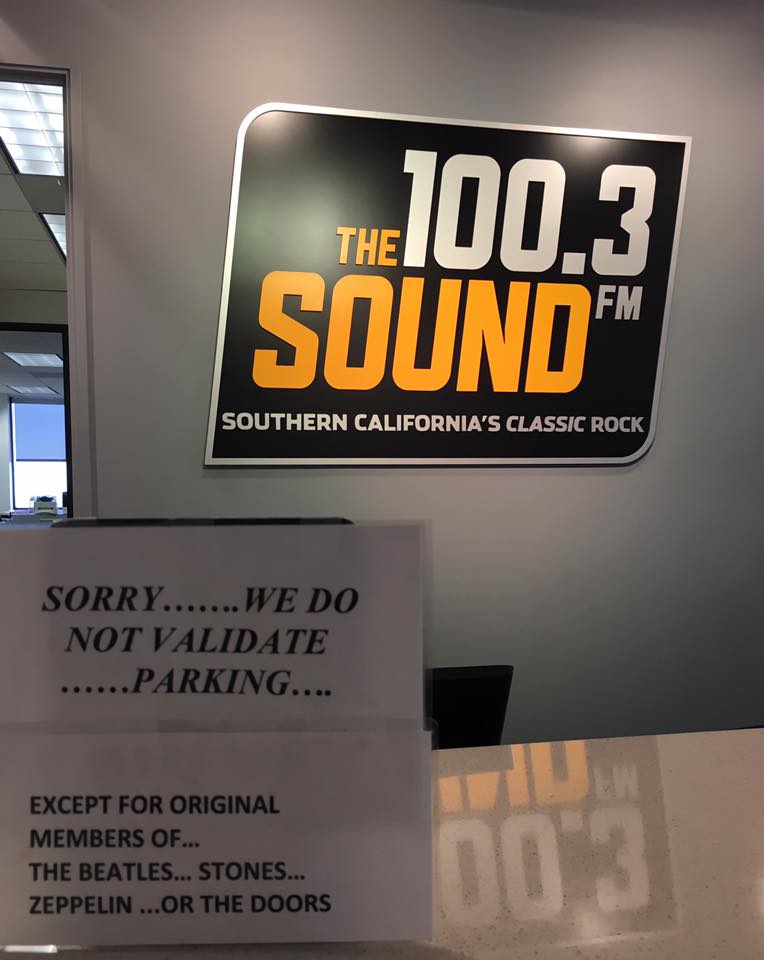 Many of you are probably reading this and saying, “Oh lord, is he going to talk about this radio station again?” Yes, I am.

At 1 p.m. Pacific Standard Time on November 16, 2017, 100.3 The Sound, the beloved FM radio station, ceased operations after finishing up the second side of The Beatles eleventh studio album, “Abbey Road.” Uncle Joe Benson, in an interview with CBS, said this album was chosen to close out the station because of its last set of lyrics from “The End.”

Once “The End” concluded, Andy Chanley came on the air to say, “This has been KSWD Los Angeles. This is The Sound. And this dream will self-destruct in three… two…” And with that, we were greeted with silence, and The Sound was no more.

Indeed, the last line of “The End” featured the perfect lyrics to end 100.3 The Sound’s nearly 10-year-run on as this station gave out a lot of love to its listeners, and it received even more love right back from them. This was especially evident as the station has been deluged with emails and messages left on their voicemail saying how much they love The Sound and how sad they are about it going away. For many, The Sound filled the void left by KMET, “The Mighty Met,” which itself was a pioneering station of the underground progressive rock format. With The Sound, Program Director Dave Beasing and the DJs aimed to bring back the spirit of KMET for a new generation of listeners and, to hear all the comments from The Sound fans, they truly succeeded.

In addition to Chanley and Benson, the other Sound DJs, Rita Wilde, Gina Grad, Cynthia Fox and Mimi Chen were on hand to celebrate the station’s last day and play some of their favorite songs as their way of saying farewell. For Chanley, he chose Neil Young’s “Thrasher,” and Grad played Three Dog Night’s “Shambala” as it never failed in put a smile on her face. Chen played Crosby, Stills and Nash’s cover of The Beatles’ “In My Life,” and then Fox followed with The Who’s “Pure and Easy” which she said “really captures the power of music to heal, transform and inspire the community.” Wilde chose an especially upbeat song by Bruce Springsteen, “Wrecking Ball,” and she described it passionately:

“It’s not a sad song, you get to get up and dance. Just remember, be grateful, be thankful and be good to each other.”

Benson then wrapped things up with Led Zeppelin’s “Rock and Roll,” and he told audiences to “turn this sucker up.” It was great to hear this song played here instead of in a car commercial where it has no place.

The last 90 minutes of The Sound featured songs reflecting the emotions of this final goodbye in its staff and loyal fans. “The Sky is Crying” by Stevie Ray Vaughn & Double Trouble spoke of the inescapable sadness we all have been feeling since this station was sold, and the lyrics “can’t you see the tears running down my nose” were ones its devoted listeners could relate to now more than ever. “Once in a Lifetime” by the Talking Heads features the lyrics, “You may ask yourself, well, how did I get here?” These lyrics have even more meaning for me today than they did when I first listened to the song. But one song I was especially happy to hear in the closing minutes was Bob Seger’s “Old Time Rock and Roll” as its lyrics summed up this station’s mission as well as the feelings we have about present day music:

“Call me a relic, call me what you will.

While other stations were eager to play the next big thing in music, The Sound was more than happy to revel in rock of the past as the songs of right now can’t even compare. I fell in love with The Sound before I realized it as I never found myself changing the channel even when commercials came on as I was eager to hear what rock and roll classic they would play next. Even if there was a podcast I was desperate to listen to, the DJs always kept me listening as they were cool in ways others tried way too hard to be. During its final weeks, it dug even deeper into its catalog to give us music other stations have long since forgotten, and they handled their last moments with class even when they played William Shatner’s cover of “Rocket Man.” Even as the countdown clock kept winding down, The Sound went out at its best.

It’s been a rough couple of weeks for me, knowing that The Sound was on its way out. As glad as I was to tune into the station every chance I got, I couldn’t help but sigh over the fact my favorite radio station was being killed off thanks to a corporate merger and sale. And now I have to wonder if there will ever be another station like it in the near future. I am left with a heavy heart as the music was great and the DJs were so infinitely cool, and it does feel like the radio I grew up on has finally taken in its last breath.

Well, thank you 100.3 The Sound for ten great years of wonderful music and for making me and many others feel like we were part of a truly loving family. You may be gone, but you will never be forgotten. Now excuse me while I deal in private with my latest case of separation anxiety…

In honor of The Sound, I want to include the late Tom Petty’s song “The Last DJ” as its lyrics encapsulate the kind of DJ this station employed ever so thoughtfully.

I also urge you to give a listen to Andy Chanley’s “The Sound Song,” a somber but thoughtful song about what we have lost and what we should be thankful for. 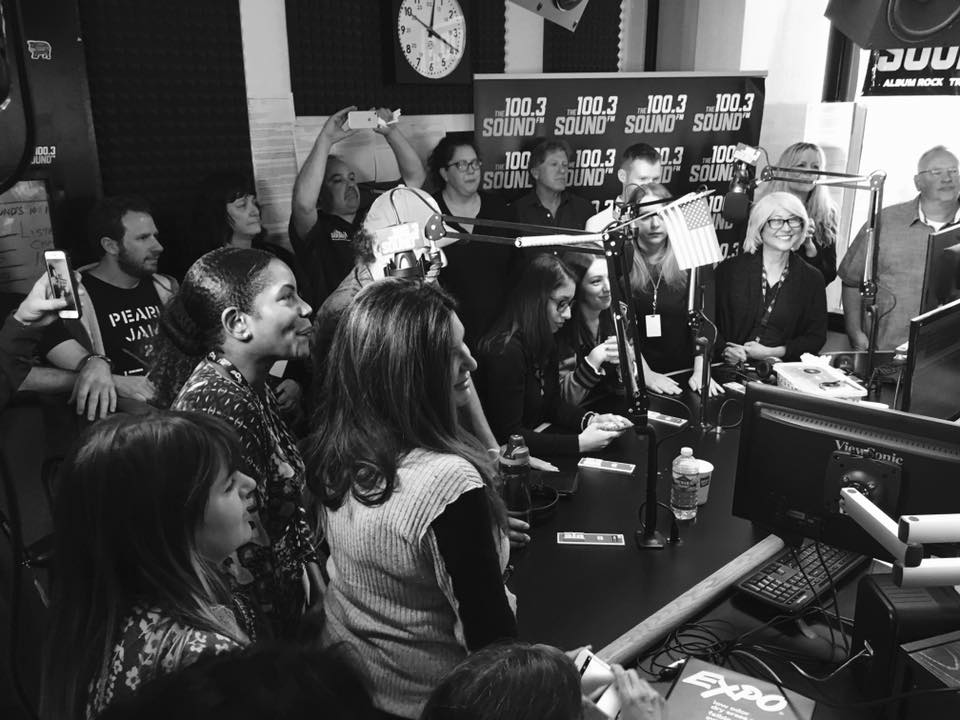 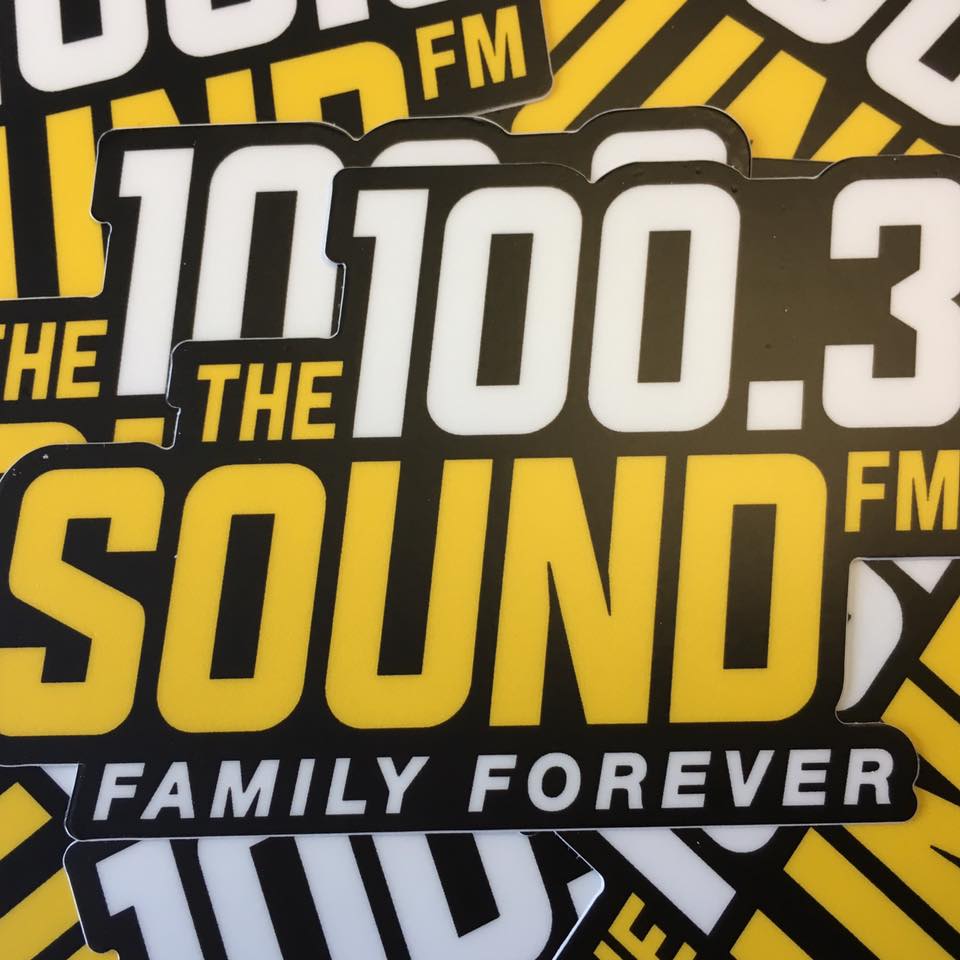 Leave a Reply to The Ultimate Rabbit Cancel reply