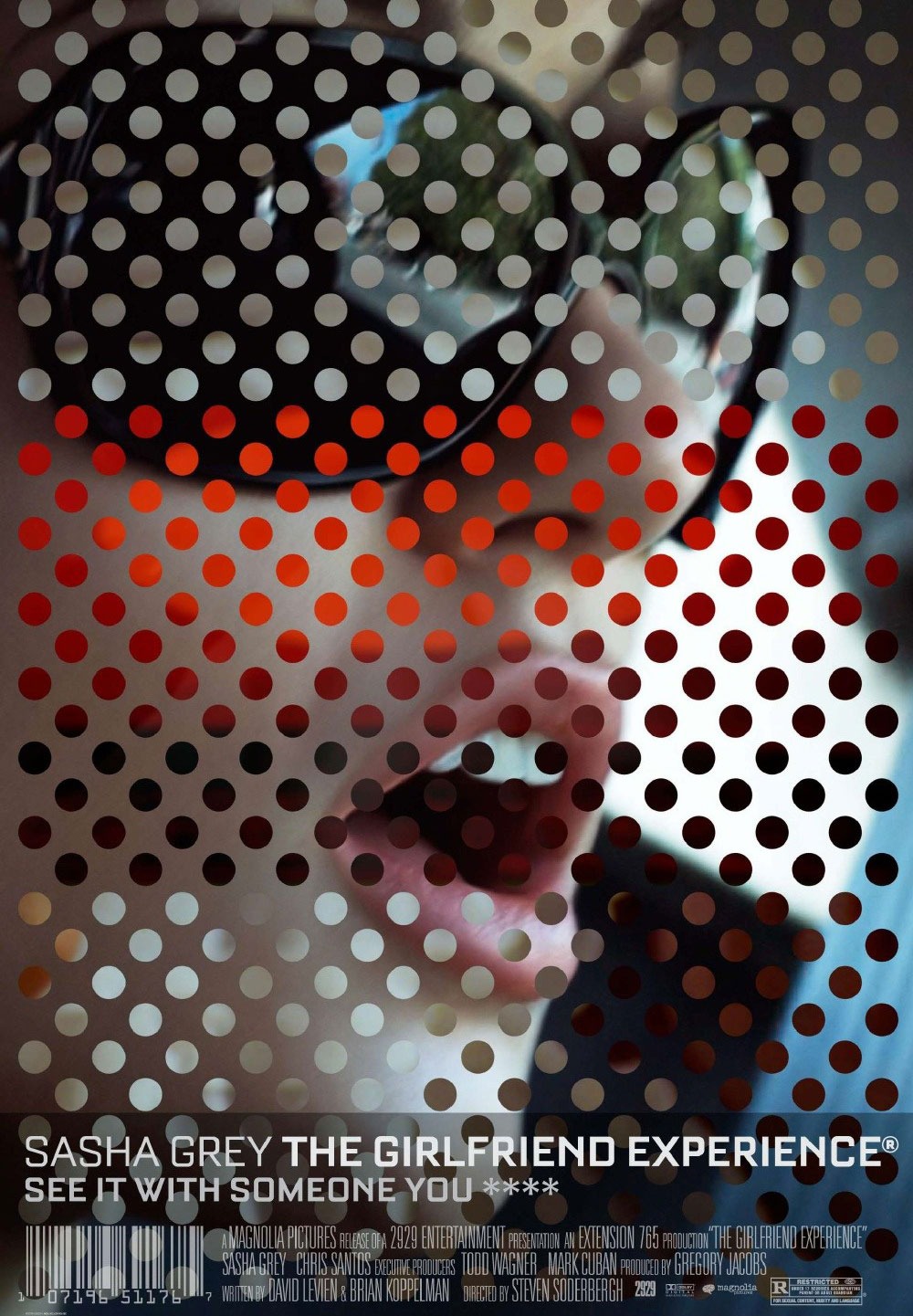 “The Girlfriend Experience” represents one of Steven Soderbergh’s more experimental films as well as the occasional escape he gets from mainstream filmmaking. Like “Bubble,” he shot it with a very low budget and a relatively inexpensive camera, and he cast actors in it with no previous experience. There is, however, one exception to this, and that is Sasha Grey. Known to people, though they probably wouldn’t openly admit it, as one of the biggest stars in pornography films, she gives the term “Grey’s Anatomy” a whole new meaning. Her being cast in the lead role should show just how big of a breakthrough the world of pornography has made into the mainstream media, something which can no longer be denied.

This movie takes place a month or so before the 2008 Presidential election between Obama and McCain. Sasha plays Christine, a high-priced escort who goes by the alias of Chelsea, as she services the rich commodities brokers of New York. Sex does play a part in her job, but this is not the only thing she provides. Chelsea gives herself over to you as your girlfriend for the evening; one who will listen to your problems over a dinner at a nice restaurant, and she is there for you when the reality of life hits you too hard, or if your wife and kids are giving you too much to deal with. Basically, she is selling companionship as a commodity, and she has become independently wealthy because of it. Throughout the movie, she seems to have a disconnect between what she does, and the life she has outside of it. But as the story goes on, you will see this façade take quite a beating.

Sasha’s life outside of being an escort includes having a boyfriend who works as personal trainer at gyms. He is played by Chris Santos, and his relationship with Sasha is a stable one. While their chosen professions differ from one another, they are essentially the same; they sell their services for a price and try to remain independent while running their individual businesses their own way. Chris and Sasha are, to put it bluntly, pimping themselves for a price, except Sasha is getting a better price for her services. Unlike others, Chris is comfortable with what Sasha does for a living, assuming it remains in certain parameters the two of them have set for one another.

“The Girlfriend Experience” is really not about sex, and there is no simulated or non-simulated sex to be found here. Those looking for the typical Sasha Grey experience need to be made fully aware of this before they sit down to watch this film. She does have one nice full-frontal scene near the beginning of the film, but it is hardly titillating in the way you would expect. What this movie is really about is the practice of buying and selling certain commodities, and of how even the feel of loving companionship has become an ever-growing business. The question presented to us is, are we so drained of feeling and morality that we feel more comfortable buying companionship than we are in obtaining it naturally? Furthermore, what if the line between what you do for a living and what you do outside of it becomes blurred? Can you remain objective in such a situation?

Soderbergh gives the movie a non-linear approach as the movie shifts back and forth in time, and we see the characters in different emotional states. This will undoubtedly annoy many who are so used to watching movies where everything is shown in chronological order. I, on the other hand, welcome this approach because it is always refreshing to see any filmmaker challenge the medium especially when movies these are mostly about tried and true formulas. This method makes this movie seem more unpredictable in regards to what will happen next, and it also gives the audience a somewhat alienating feeling which forces us to view these characters from a clinical distance. “The Girlfriend Experience” doesn’t want us to feel like we are in the same room with these characters. Instead, it wants to observe them and think about what they are going through. The movie also wants us to question if there really can be an unbreakable line between work and play. If we lose sight of this, is it even possible to bring ourselves back to where we once were?

As an actress, Sasha Grey is no Meryl Streep, but she does do good work here. Soderbergh made it clear he chose her in part because of her name value in porn films, and that is understandable. It will certainly bring a bigger audience to this film than it would have gotten if another actress played her part. Soderbergh also said he chose Grey because she is a lot like the character in that she runs her own business and is her own agent; she runs herself and has no one managing her. Indeed, looking at Grey’s career overall, it’s hard to think of another actress, let alone a more accomplished one, who could have been more believable here. In many ways, Grey is Chelsea, and she may even be the first to admit this.

Shooting this movie with a digital camera, Soderbergh makes it clear “The Girlfriend Experience” takes place in the real world and not some fictional one. The Elliott Spitzer scandal which came about because of his dealings with escorts like Chelsea could make this film seem like a documentary. In casting people with no previous acting experience, Soderbergh succeeds in giving us characters we recognize from our daily lives. Still, he doesn’t let you get too close to them. Just as you’re about to get closer, he moves the story in another direction to where you are just as starved for feeling as the characters are.

The film’s final image, of two characters locked in an embrace, seems to define it completely. We want this closeness to another person just as much as we are frightened of it. It makes us wonder if it is possible to achieve it without having to pay a price for it. The movie does not lay judgment on escort services or other forms of prostitution, but simply acknowledges how one of the oldest professions in the world still plays a significant part in our world whether we admit it or not. It has since evolved to another level where it is being offered for more than just a quickie in a motel.

“The Girlfriend Experience” is one of Soderbergh’s more interesting films of the past few years. It runs at a scant 77 minutes, but it feels longer as there is much to take in. Many will say he owes us a movie this short after splitting his previous movie, “Che,” into two. It’s not quite a great movie, but it is very good and willing to take chances other movies in 2009 have not. It will be interesting to see where Grey’s career will go from here. Porn actors and actresses rarely, if ever, make a break into mainstream films because of the stigma attached to their profession. But even those who consider themselves “morally superior” to pornography are probably bigger fans of it than they will ever admit. It all plays a big part in our lives, probably on more of an unconscious level more than anything else.

Of course, it will become a very lonely world if the only way we can get intimacy is to pay a high price for it.