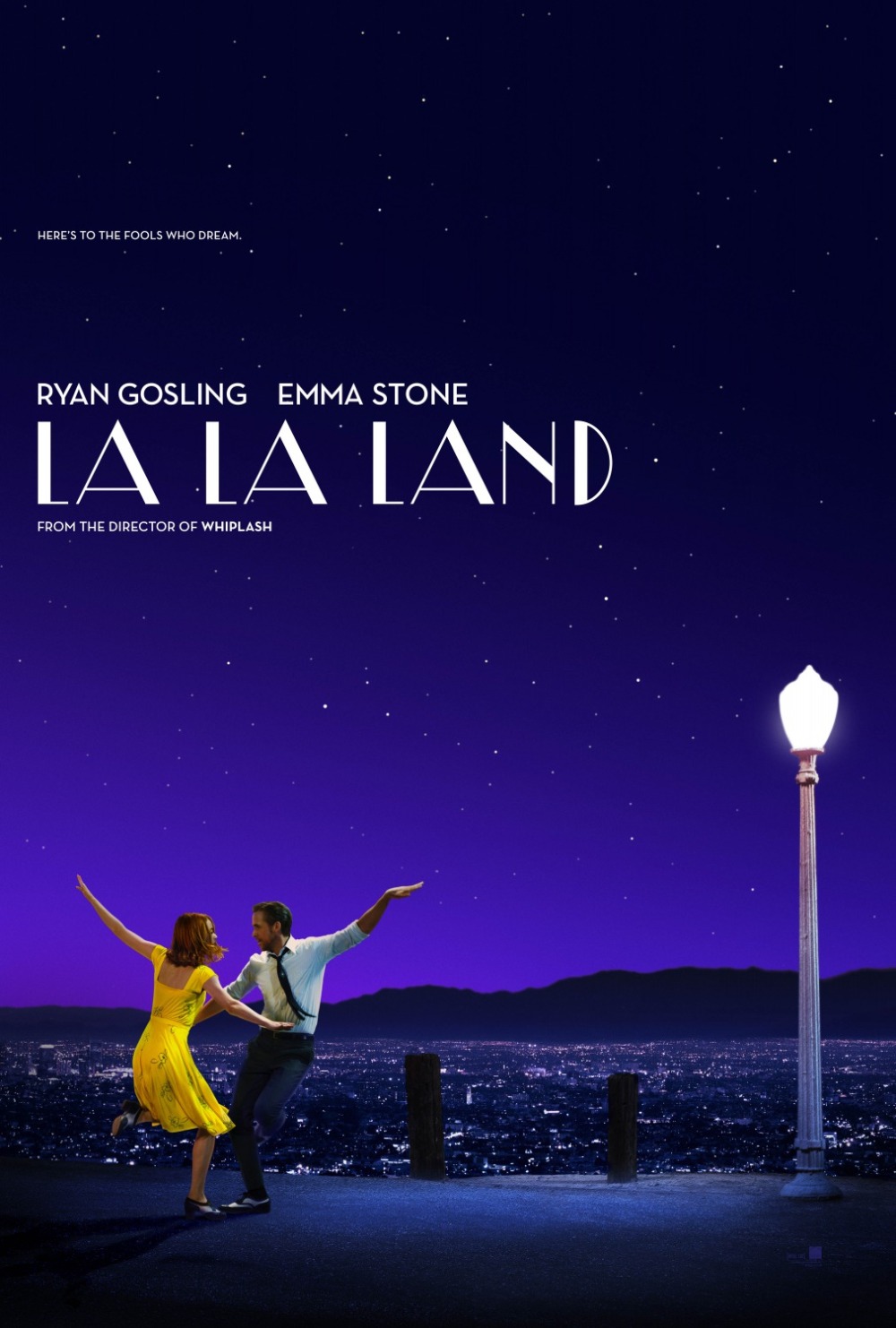 I cannot believe how ridiculously long it took me to watch this movie which won Best Picture for about three or four minutes at this year’s Oscars. “La La Land” is Damien Chazelle’s eagerly awaited follow-up to “Whiplash,” my favorite movie of 2014. Due to not being invited to any press screenings for it, working to pay my bills, buying Christmas presents for my family and working to pay them off as well, taking care of the rent and my overall sanity, I could never make the time to see it. They say life happens when you’re busy making plans, but I’m too busy to even make any kind of plan.

Well, I finally had the opportunity to check out “La La Land” and it is, in a word, superb. From its opening sequence all the way to the end titles, it is a wonderful homage to the movie musicals of the past, and it serves as a dedication to all the dreamers out there who dare to make their passions their livelihood and are willing to make fools of themselves in the process. Just like Akira Kurosawa once said, “In order to survive in an insane world, you have to be crazy.”

The movie starts off on a typical sunny Los Angeles day on the LA freeway of your choice with cars at a complete standstill. It could be the 110, the 105 or the 405 we are watching, but it doesn’t matter because they all turn into used car lots once rush hour hits. Next thing you know, everyone is bursting into the song “Another Day of Sun,” and it’s Chazelle’s way of showing you how exhilarating “La La Land” will be to watch. It starts off with an infectious energy, and it never loses it once the song is over.

We are introduced to Mia Dolan (Emma Stone), an aspiring actress who auditions constantly, shares an apartment with several female roommates, and works as a barista at a café located on a studio lot. She does the best she can at auditions, but some of them last only a few seconds before she is thanked for her time and escorted to the door. Soon afterward, we meet Sebastian Wilder (Ryan Gosling), an aspiring jazz musician who yearns to see this art form live on instead of being ruined by current forms which manipulate into something very artificial. Eventually, we know these two will hook up.

Like the most romantic of couples, Mia and Sebastian do not get off to the best start as she gives him the finger after he honks his car horn for an insidiously long time (I hate it when people do that) at her when she keeps him waiting on the freeway. Even after Mia walks into a jazz bar upon hearing Sebastian play an impassioned improvisational riff while being forced to play classic Christmas songs, he is quick to brush her off as he heads for the door. But the two eventually consummate their budding romance after a screening of “Rebel Without a Cause,” and from there we watch as their romance goes through exhilarating heights and emotionally draining lows.

Watching “La La Land” reminded me of how singing can be the most emotionally challenging art of all as it forces you to be open in a way we typically are not in everyday life. You can be a brilliant singer, but all the technique you bring to it won’t mean a thing if you don’t bring any real feeling to the song. When it comes to many movie musicals, they can feel emotionally manipulative or overly sentimental to where you find yourself cringing like you did when Darth Vader yelled out “nooooo” in “Star Wars Episode III: Revenge of the Sith.” But every single moment in “La La Land” feels earned as the cast makes it all feel truly genuine, and I never came out of this movie feeling like I was played like a piano. Everything in this movie felt earned, and I was enamored by everything I witnessed.

Also, Chazelle gets everything about Los Angeles down perfectly. Whether it’s the standstill traffic on the freeways, the street signs we never pay attention to until it’s too late, the incredible view of the city from the Hollywood Hills, the Griffith Observatory, the single screen movie theaters or even those auditions where an assistant just has to walk into the room while you are doing your thing for the casting directors, he gets at all the things a struggling artist is forced to endure while fighting against stiff odds. This is not the kind of musical which takes place in some fantastical world, but instead in a reality we all know and understand.

Of course, to many, Los Angeles is still a fantastical place, and it certainly shows here thanks to the beautiful cinematography of Linus Sandgren. “La La Land” almost looks like something from the 1950’s with Sandgren’s use of many beautiful colors, and we get caught up in the magic this crazy city has to offer after all these years. I have lived in Los Angeles for a number of years now, and I can tell you honestly that it is not as glamorous as it is often portrayed in the media. Still, it is a place for creative minds to come up with something extraordinary, and this movie reminded me of this.

Emma Stone is simply sublime as the aspiring Mia as she captures all the heartache, joy and persistence any actor has experienced in pursuit of a seemingly impossible dream. Her face is luminous and can say so much without her having to say single a word at times, and she makes you feel Mia’s every emotion as she suffers every triumph and career setback. But her biggest show-stopping moment comes when she sings the song “Audition (The Fools Who Dream)” in which the camera stays on her for several minutes. It’s an incredibly captivating moment and makes me see why she could have won an Oscar over Isabelle Huppert who was nominated for “Elle.”

As for Ryan Gosling, he still remains a sexy son of a bitch whom the ladies swoon over every single minute of every single day, and I guess I just have to live with that. But seriously, he perfectly embodies the dreamer who is forced to compromise his passion for the sake of survival, and he communicates the aching confusion Sebastian feels as he desperately tries to rationalize his choices as a means of convincing himself that he is not selling out. Whether you think Sebastian is selling out or not, Gosling makes you sympathize with him as we come to wonder what we have done to convince ourselves of the actions we take in life.

Yes, I think “La La Land” more than lived up to the hype, and it establishes Damien Chazelle as one of the most promising film directors working today. It could have easily been a silly trifle of a musical, but Chazelle’s heart and soul shine through every frame as he pays tributes to all those who dared to dream and constantly risked failure at every turn. Like the best movies, it stays with you long after it has ended, and it takes you on a wondrous journey I feel I haven’t been on in a very, very long time.