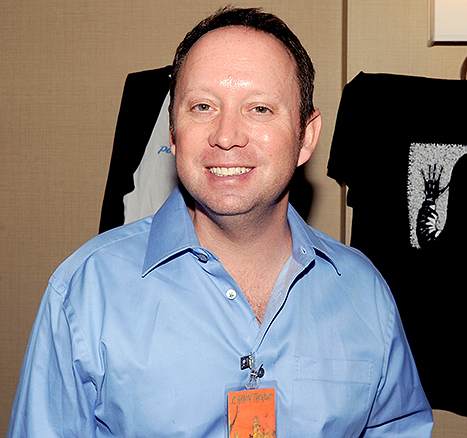 On Thursday, August 16, 2012, Oliver Robins dropped by New Beverly Cinema to talk about the making of “Poltergeist.” Robins played Robbie Freeling, the boy who was terrified of that weird looking tree looming outside his bedroom window. These days Robins works as a filmmaker, but he explained how his time on the set of “Poltergeist” truly inspired him to make movies, and he helped debunk certain myths which continue to surround it years after its release.

Robins came up to the front of the audience after “Poltergeist” finished showing, and he talked about how he grew up at the New Beverly and discovered many movies which he might not have seen otherwise. He also remarked at how Steven Spielberg, who wrote and produced “Poltergeist,” gave him an 8mm camera as a present, and how the camera and the movie inspired him to become a filmmaker. 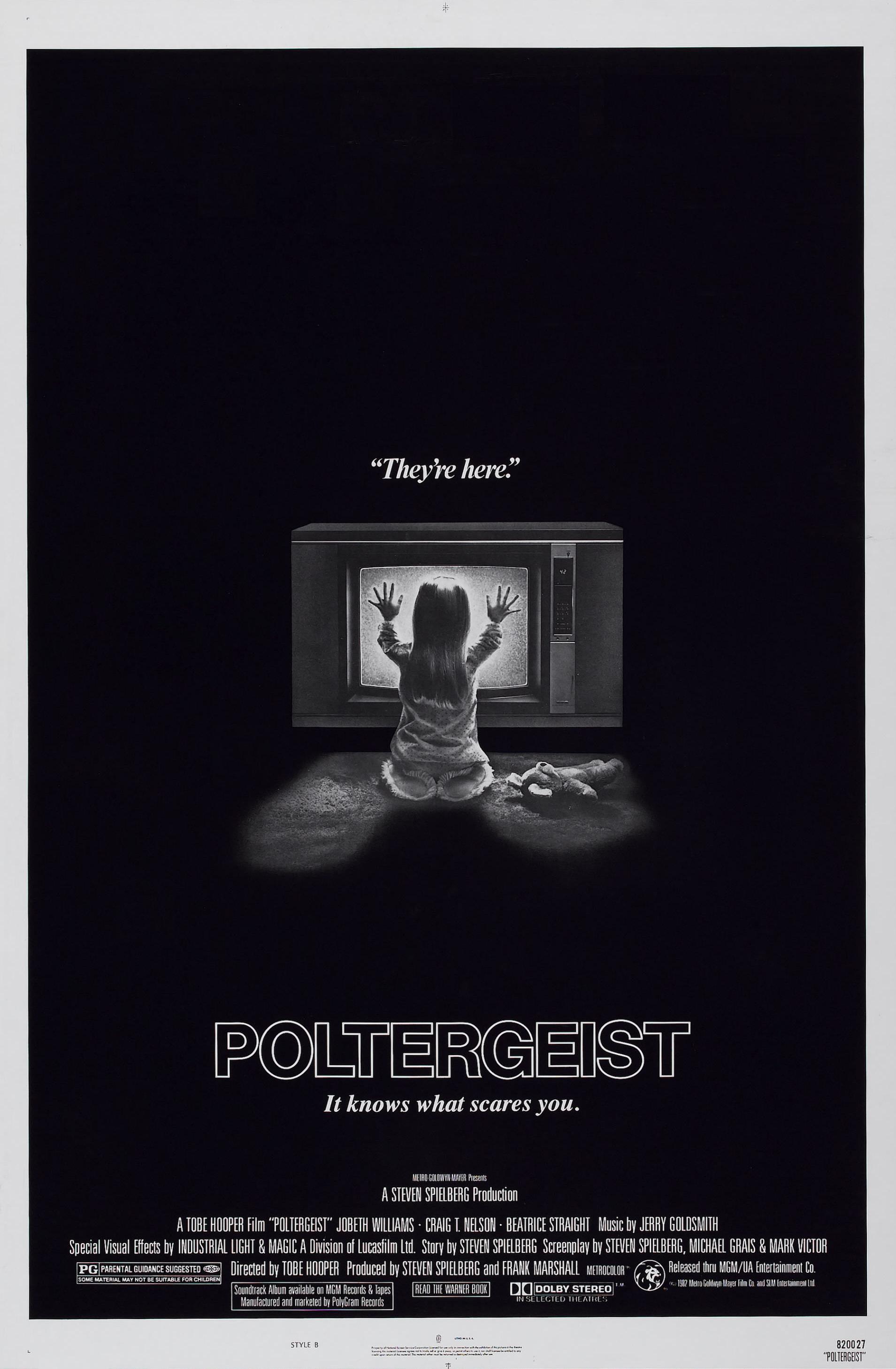 In talking about how he got cast, Robins said he had no real acting experience beforehand and that his only previous acting job was in a fertilizer commercial. The audition for “Poltergeist” was actually an open call which had hundreds of people coming down to be considered. Robins recalled having to wait for hours before he got inside to talk with the casting directors. When he did, they looked at him as being the true incarnation of Robbie as he talked about how he had lived in a haunted house while in New York.

Spielberg and director Tobe Hooper, however, were concerned because Robins couldn’t really scream, and they ended up getting a coach to help him learn how to. It got to where Robins was practicing his screams in his closet, and the neighbors began to wonder if there was any child abuse going on in his home. When he proved to the filmmakers he could indeed scream, Robins was informed he got the part.

When asked if a bond had formed between him and his fellow cast members, Robins told the audience “Poltergeist” was rushed into production and that there was no time for rehearsal. He did say, however, that JoBeth Williams, who played his mother Diane, really was a mother to him throughout the production.

One scene which really stands out is when Robbie’s father, Steven (played by Craig T. Nelson), teaches him how to count after lightning strikes to determine the distance between it and the sound of thunder. Robins remarked how Nelson was a comedy writer before he became an actor and that he made the set of “Poltergeist” very light-hearted as a result. Robins even remarked how working on the movie allowed him to stay up all night which he loved, and Nelson ended up telling him after one crazy night of filmmaking, “This is just another night in Simi Valley!”

Another famous scene from “Poltergeist” is when the tree comes through the window. Robins explained what ended up being 30 seconds of screen time where he got attacked by the tree ended up taking two weeks to film. Now this was back when digital effects were far from being a reality, so all the effects we see in the movie are real. Robins also pointed out there were several different trees being used for this sequence; one with roots, one where the branches reached out at him, and another which tried to eat him.

Robins described the tree sequence as being the most tedious and complex to film, and that he ended up spending much of the time being covered in molasses. He said being covered in that substance makes your body temperature drop precipitously and that he had to emote in his scenes in order create believability. 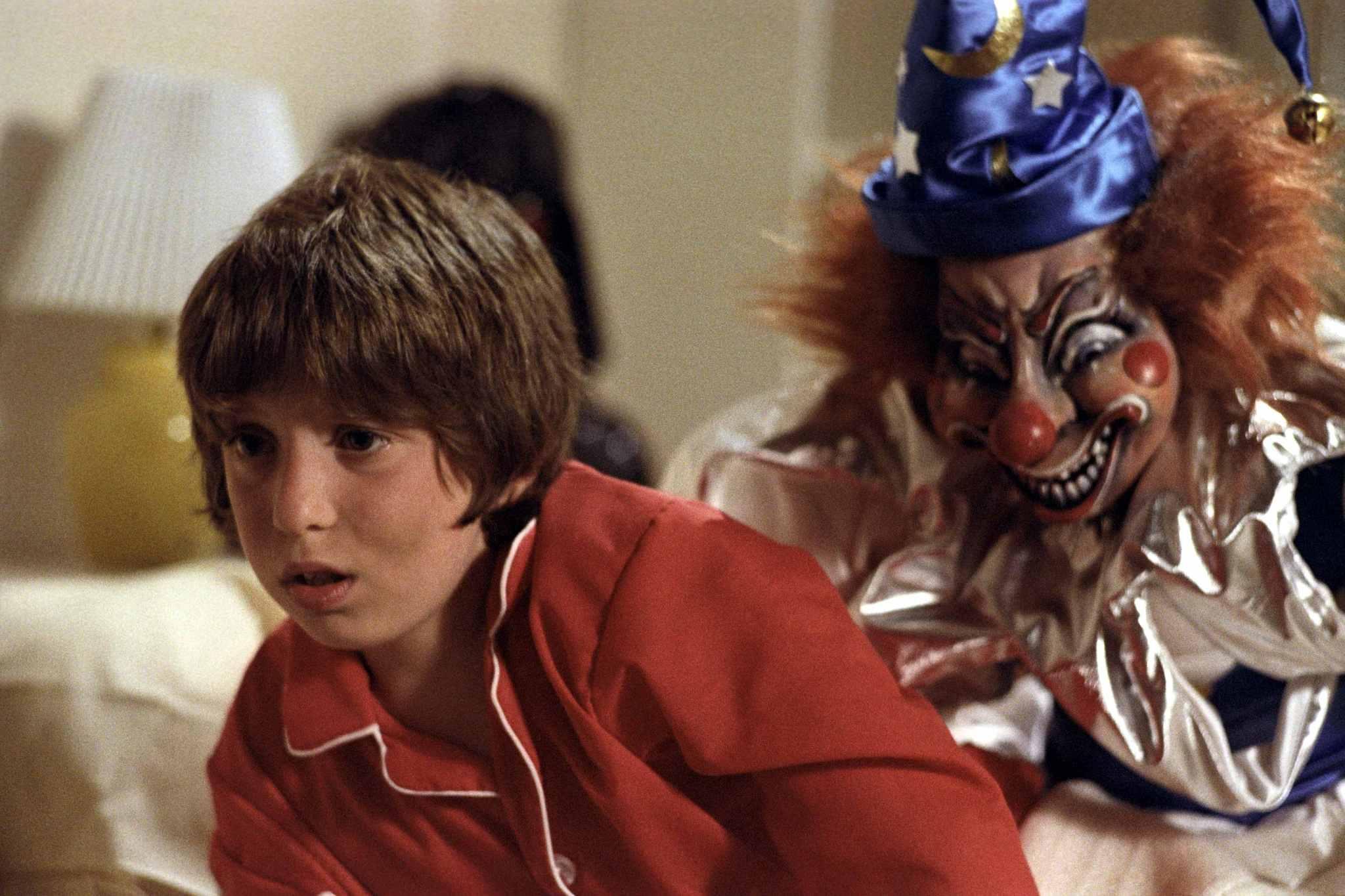 Now there is an infamous story on IMDB of how when Robins gets attacked by the toy clown, he got choked for real and yet Hooper and Spielberg thought he was really acting. It was later said that when Robins face began turning purple, the filmmakers rushed over to remove the clown’s hands from around his neck. To this, Robins response was, “Maybe that did happen, but I can’t remember. Maybe I blocked it out of my conscious mind.”

When asked what it was like working with his sisters who were played by Heather O’Rourke and Dominique Dunne, Robins said it was great and that they both felt like real sisters to him. He also remarked at how Hooper and Spielberg were cool to him and other actors about wanting to change their dialogue. As a result, there proved to be a lot of ad-libbing on the set of “Poltergeist.”

There is also this ongoing story of how there were two directors on the set of “Poltergeist.” While Hooper’s name is listed as the film’s director, many believe Spielberg had the most influence. Robins, however, cleared up these rumors once and for all:

Robins was also asked what it was like filming the scene between him and Beatrice Straight who plays Dr. Lesh where she tells him what she felt the true nature of ghosts were. He said Straight made him feel like he was really talking with someone who knows about ghosts, and this kept their performances from ever feeling forced.

It was great to hear Oliver Robins talk about the making of “Poltergeist” and to hear him dispel several myths about the 1982 movie. Since making that classic movie, Robins has retired from acting and went on to graduate from USC’s film school to where he has since become a very gifted filmmaker in his own right. His work in the Tobe Hooper-directed movie will continue to stand the test of time.