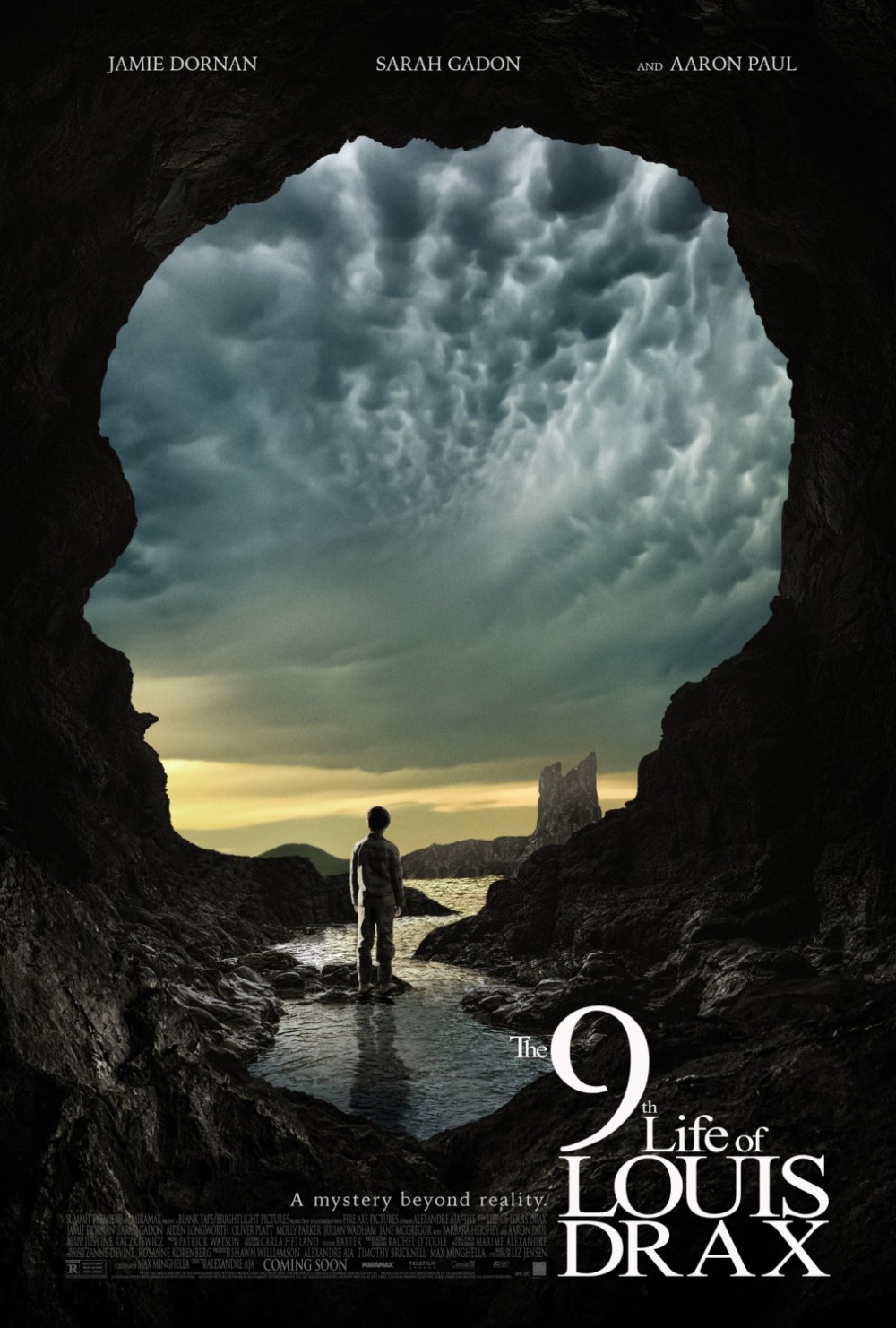 “The 9th Life of Louis Drax” is a seriously confused movie. It is billed as a supernatural thriller, but it also contains elements of horror, fantasy, and it also has the essence of children’s movies in its DNA. Watching it was the equivalent of playing with a Transformers toy as a kid. While it was lots of fun to see it turn from one thing to another, I was constantly reminded of Robin Williams’ routine of playing with a Transformer while on drugs:

Based on the best-selling novel by Liz Jensen, it delves into the strange and very troubled life of Louis Drax who was celebrating his ninth birthday when he suffers a near-fatal fall off of a cliff into the water below. As a result, he ends up in a coma from which he is never expected to awaken from. From there we are given a window into his short life which is full of endless mishaps and a truckload of dysfunction. His father Peter (Aaron Paul) is a caring dad and a self-destructive alcoholic, and his mother Natalie (Sarah Gadon) also cares deeply about her son even while she comes across a very cold fish. Into the picture comes prominent child psychologist Allan Pascal (Jamie Dornan) who delves very deeply into Louis’ infinitely dysfunctional life to see if he can help the child rise out of his deep sleep.

Now I didn’t know much about “The 9th Life of Louis Drax” before I sat down in a darkened theater to watch it. Sometimes this proves to be an advantage as it keeps me from bringing unrealistic expectations to a motion picture, but with this movie I found myself at a complete disadvantage because I couldn’t figure out what it was trying to be. Was I watching a medical drama or a fantasy movie? I couldn’t say for sure, and my confusion was even more pronounced as the movie reached its honestly predictable conclusion.

The other problem is the Louis of the movie’s title is not altogether likable. Despite a strong performance by Aiden Longworth, he is more creepy than sympathetic or empathetic. While Louis certain didn’t deserve the fate which has befallen him, watching him in flashbacks acting all weird makes this film more cringe worthy than emotionally involving.

There’s also a rather twisted romance between Louis’ doctor, Dr. Allan Pascal (Jamie Dornan), and his mother Natalie (Sarah Gadon). This all leads a lot of drama between and Allan and his wife to where it feels like we have entered another movie. Dornan looks almost as lifeless here as he did in “Fifty Shades of Grey” (he fares much better in “Anthropoid”), and Gadon has little more to do than look lovely and lost. Both Barbara Hershey and Oliver Platt appear in supporting roles as well, but they are wasted playing characters they can play in their sleep.

This is all a shame because “The 9th Life of Louis Drax” was directed by Alexandre Aja who gave us the blisteringly intense “High Tension” and the two of the best and most entertaining horror remakes in recent years, “The Hills Have Eyes” and “Piranha 3D.” With this film he looks to break free of the horror genre, and he does it give a striking look with the help if cinematographer Maxine Alexandre. But while its story is compelling, it features way too many elements to where the movie has no chance of being the least bit satisfying. Aja ran into the same problem with his last film “Horns” which, despite featuring another in a long line of strong performances from Daniel Radcliffe, had him failing to find a balance between its horror and comedic elements.

If there is one truly great thing about this movie, it is Aaron Paul. The “Breaking Bad” star pulls off a wonderfully complex performance as Louis’ father, Peter. While Peter at first looks like your typically drunk and neglectful father, Paul makes him into one cannot be easily judged. Despite his self-destructive tendencies, Peter proves to be the adult Louis needs in his increasingly dysfunctional life. Paul’s performance will no doubt remind viewers of his time as Jessie Pinkman, but it also shows them just how gifted an actor he is when given the right material.

By the time this movie reaches its “Sixth Sense” like ending, one which I couldn’t help but see coming a mile away, I was pretty much ready for it to be over. I have not read Jensen’s book, but I imagine she did a much better job of handling all the different elements of the story much better than everyone did here. “The 9th Life of Louis Drax” has the makings of a fabulous movie, but it stretches out in too many directions to where you don’t feel like you’re watching several different movies searching for the same cinematic plateau. Considering the talent involved behind the scenes, it should have been so much more.