Actor Jeremy Sisto co-wrote, co-produced and stars in “Break Point” as Jimmy Price, an over the hill and unapologetically brash doubles tennis star who realizes his days in the sport are numbered. The sports comedy starts with his latest partner dropping out on him, and it doesn’t take long to see just how many bridges he has burned while on the pro circuit. His last and only chance to make it to a grand slam tournament is to partner up with his estranged brother Darren (David Walton) who used to play doubles tennis with him until they had a falling out. The question is, can they move past their deep-seated resentments of each other to work together effectively as a team? With the help of 11-year-old Barry (Joshua Rush), they just might have a chance.

Sisto has been acting since he was a kid, and he made his film debut in Lawrence Kasdan’s “Grand Canyon.” Since then we have seen him grow up before our eyes in movies like “Clueless,” “Thirteen,” and he even got to play Jesus in the television miniseries “Jesus.” Many know him best from his role as William Chenowith on the HBO series “Six Feet Under” where he played an artist suffering from bipolar disorder and occasional bouts of mania. In 2008 he joined the cast of NBC’s long-running “Law & Order” as Detective Cyrus Lupo, and he stayed with the show through its final three seasons during which he acted opposite Jesse L. Martin and Anthony Anderson.

Sisto sat down with me for an interview at the “Break Point” press day held in Los Angeles, California, and he talked about how he and the filmmakers wanted this sports movie to stand out from others like it. Sisto also discussed how he managed to make the difficult transition from child actor to adult actor, the challenges of getting “Break Point” made, and he shared his experience of working on “Grand Canyon” and of how special the making of it was for him.

Check out the interview above and enjoy! To find out how you can watch “Break Point,” please sure to visit the movie’s website for more information (www.thebreakpointfilm.com). 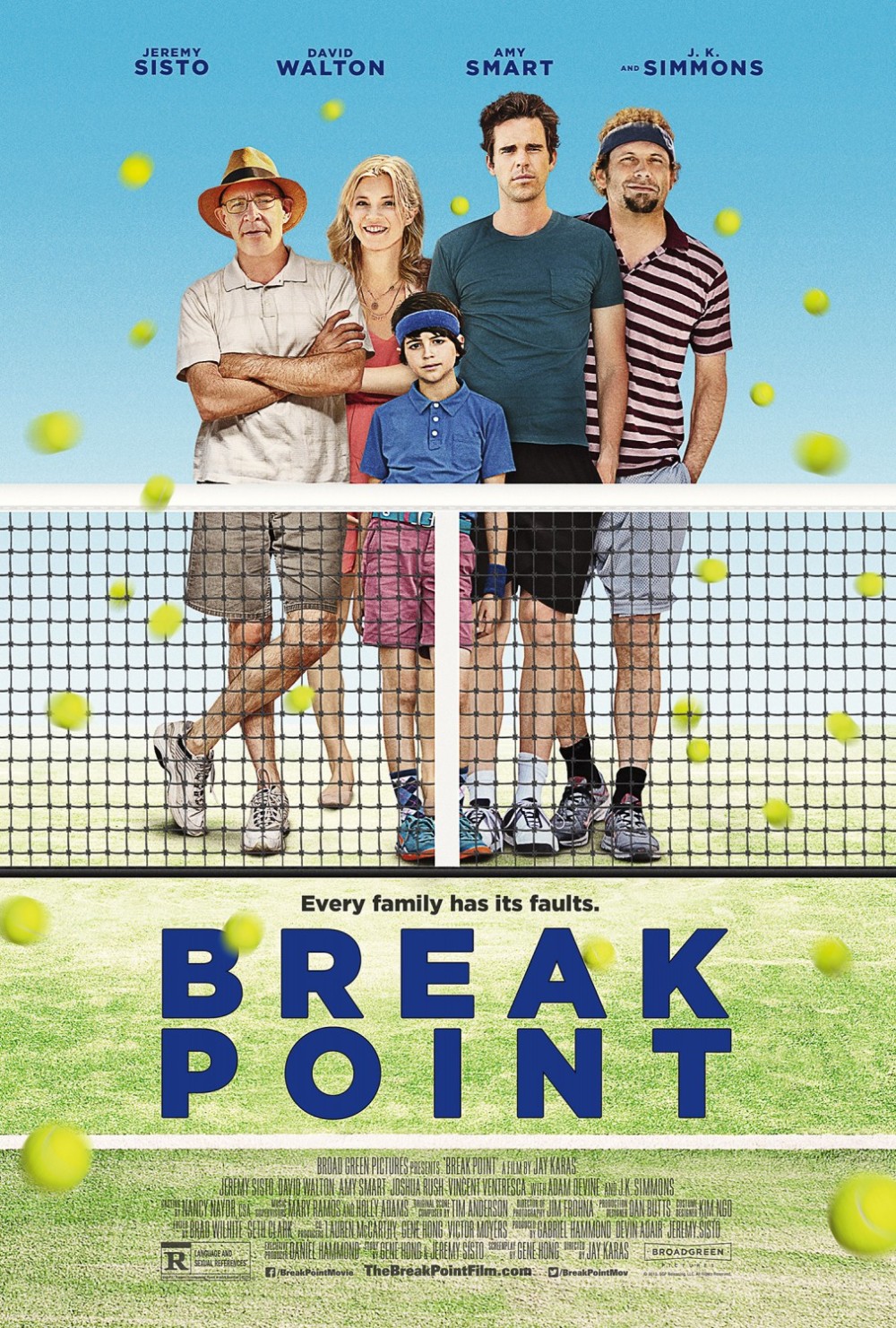