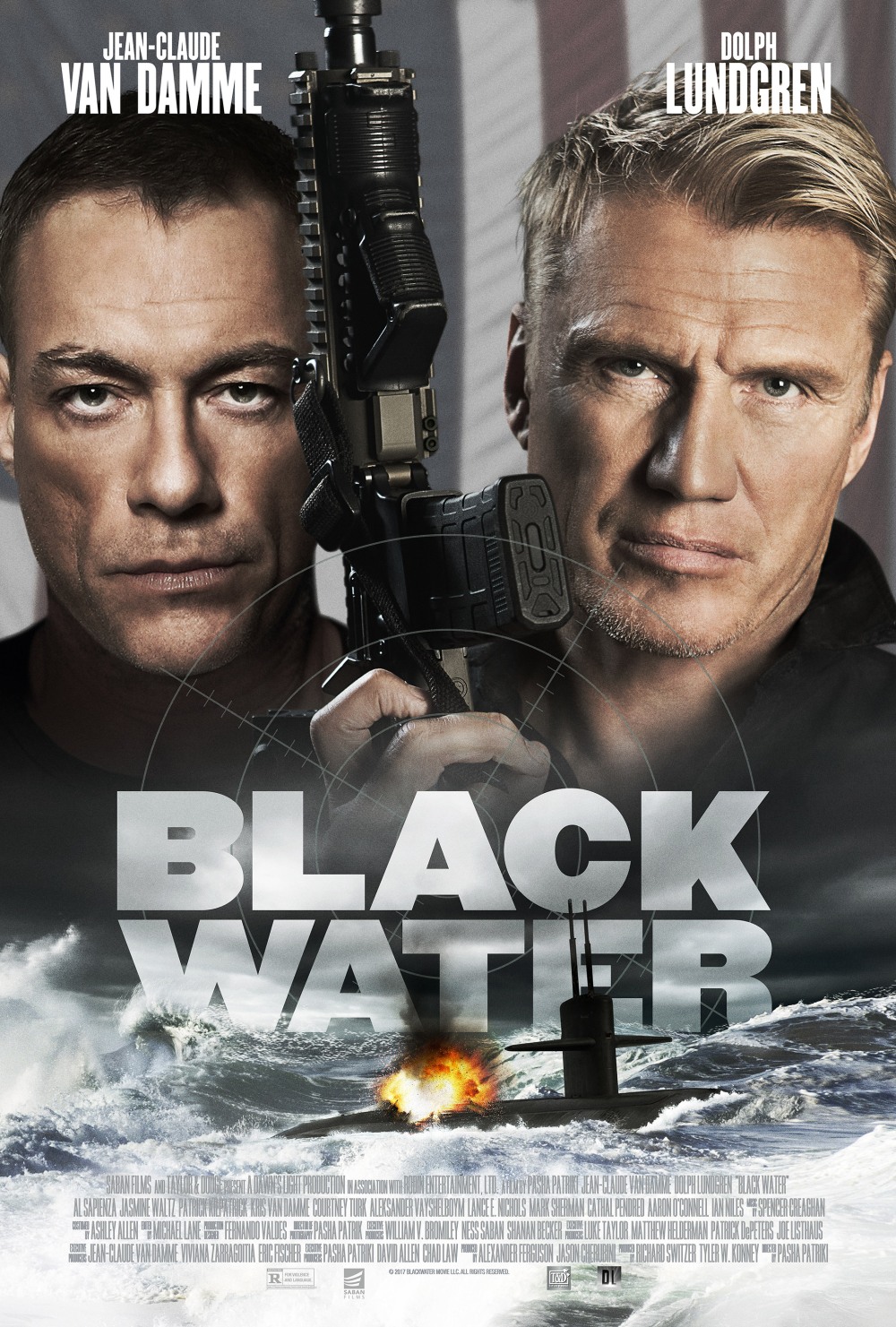 For many, Jean-Claude Van Damme and Dolph Lundgren are still a match made in action movie heaven. They first appeared as soldiers on opposite sides in Roland Emmerich’s 1992 film “Universal Soldier,” and they returned to this franchise years later for two sequels, “Regeneration” and “Day of Reckoning.” And, of course, they had to make at least one appearance in “The Expendables” franchise to show they were not worse for the wear, and they did so together in “The Expendables 2.” Now, Van Damme and Lundgren share the screen in their fifth film collaboration, the action thriller “Black Water.” But this time, they are on the same side.

The first image we see in this trailer is of a submarine diving underwater, and from there we are introduced to deep cover operative Wheeler once the hood over his head is removed. Wheeler has been imprisoned on the submarine which serves as a CIA black site, those places we are not supposed to know about but do anyway, and his interrogator, Patrick Ferris (Patrick Kilpatrick), tells him he is an enemy combatant and will not be granted any rights. Upon giving Wheeler the old action cliché of “welcome to hell,” Patrick orders an agent to prepare to insert a hypodermic needle into Wheeler’s eye in the same way Michael Myers did to an unsuspecting nurse in “Halloween II.” But as you can expect, Wheeler breaks free of his captors and escapes, and from there he does what he can to clear his name.

This just released trailer for “Black Water” is of the “what you see is what you get” variety as the movie’s plot points come from a dozen other action flicks of the past like “The Fugitive” and “Air Force One.” Clearly, no one here is trying to present us with something original, and this one is designed to show us the kind of story we all grew up on to where it makes us interested to see it done once again. Having the story take place in a submarine underwater is clever as the claustrophobic nature of such an environment will make the action more intense. I also imagine it is a way for the filmmakers to keep costs down as they won’t have to build too many sets.

Van Damme’s face is beginning to look a bit like Danny Trejo’s these days as it shows a life lived hard, perhaps too hard. Perhaps these hardened looks of his will help add to his role here. At the very least, we know he can still perform the perfect split.

Having interviewed Lundgren in the past, I know what a great sense of humor he has and seeing him in this trailer makes me hope he will bring some of it to this movie. Furthermore, he looks to have loosened up a lot over the years, and I hope Van Damme can loosen up to the same degree as well. But even though these two stars are headlining this underwater adventure, I get the feeling one will have more screen time than the other.

Kilpatrick looks to give “Black Water” the typical CIA agent who obsesses over controlling the uncontrollable, but I couldn’t help but be amused when he talks about how Wheeler is a “highly trained officer and a trained killer,” so it makes me wonder if he put enough thought into how he would handle this operative to where he would not be a problem (my guess is he did not).

We are also meet Cassie Taylor, a rookie agent played by Jasmine Waltz who, like any other rookie, wants to know what the hell is going on here. She also shows a bit of skin here which suggests there will be a sex scene at some point. The question is, can such a scene take place between her and another character (I am guessing Wheeler) when they are busy avoiding detection in the most claustrophobic of environments? In space no one can hear you scream, but in a submarine, you should be able to hear an orgasm let alone gunshots.

“Black Water” is set to be released on the Dish Network on May 25th, and it will premiere in theaters and on demand starting June 29th. Please feel free to check out the trailer below.