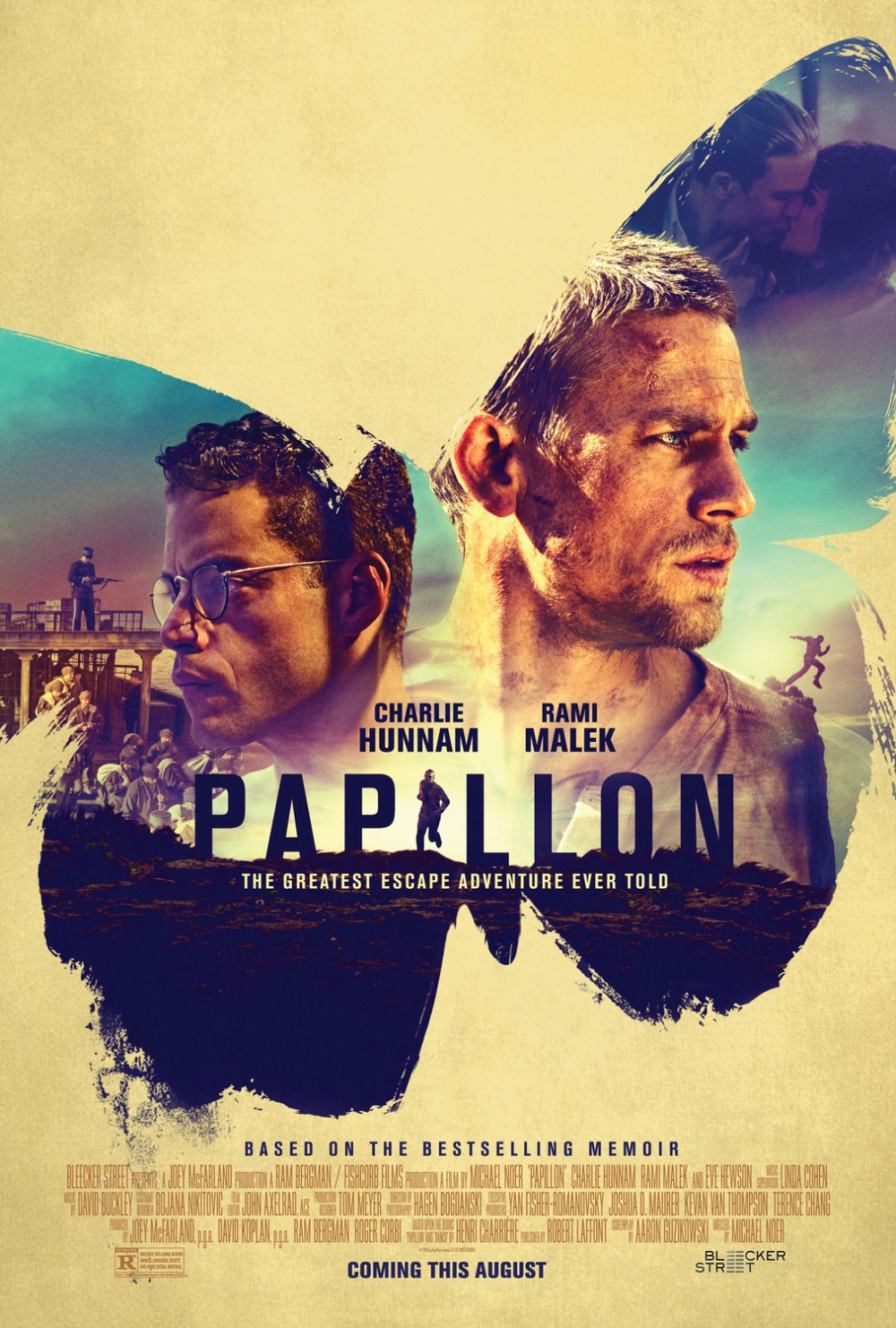 Anyone remember “Papillon,” the 1973 prisoner drama starring Steve McQueen and Dustin Hoffman? Based on the autobiography of the same name, McQueen starred as Henri Charriere, a safecracker who is framed for murder and given a life sentence in the penal system in French Guyana, some of it spent on the infamous Devil’s Island, a location which more than earned its name. Well, Hollywood in its infinite wisdom has decided to remake “Papillon,” and it is set for release this summer. With its first trailer now having been released, one has to wonder if this particular remake of a Steve McQueen movie will have been worth the trouble. I mean, we all saw what happened to Alec Baldwin when he remade “The Getaway.”

Whereas the 1973 had a brutal palette of colors to work from, the trailer starts off with a beautiful image of Henri (now played by Charlie Hunnam) walking outside of the Moulin Rouge with his girlfriend Nenette (Eve Hewson), and it all looks like something out of a dream. This dream, however, is soon shattered when the police break down Henri’s door and arrest him for murder. From there he is sent to the notorious Devil’s Island where he meets Louis Dega (Rami Malek in the Hoffman role), a counterfeiter whom Henri offers to protect if he can help him escape.

The jail, as I see from the trailer, does not look like a particularly inviting place, but then again, no jail ever does. At the same time, it almost looks a little too clean compared to prisons from cinema’s past. As portrayed in the 1973 original, Devil’s Island was the most brutal of locations and one you wanted to keep as far away from as humanly possible. But in this remake, Devil’s Island almost looks like the Hilton in comparison. Furthermore, the big question I have is, how will this remake compare to one of the most brutal prison films of all time, “Midnight Express?” Every other prison film pales in comparison to that one, and watching it makes you see how smuggling hashish out of Turkey is probably not such a good idea.

Hunnam has the unenviable challenge of playing a role originated onscreen by Steve McQueen, a task almost too daunting to undertake. Still, he has proven to be a tough cookie in the past, whether it was on “Sons of Anarchy” or in “Pacific Rim.” Rami Malek, one of the stars of “Mr. Robot,” is currently seeing his stardom rise up to the heavens with the upcoming release of the Queen biopic “Bohemian Rhapsody” in which he portrays Freddie Mercury. Both actors prove to have a good chemistry at work here, so this makes me a little more eager to check out the movie as a result.

Whether or not it was a good reason to remake “Papillon,” we will find out the answer for ourselves when Bleecker Street releases the film this August. Please check out the trailer below.