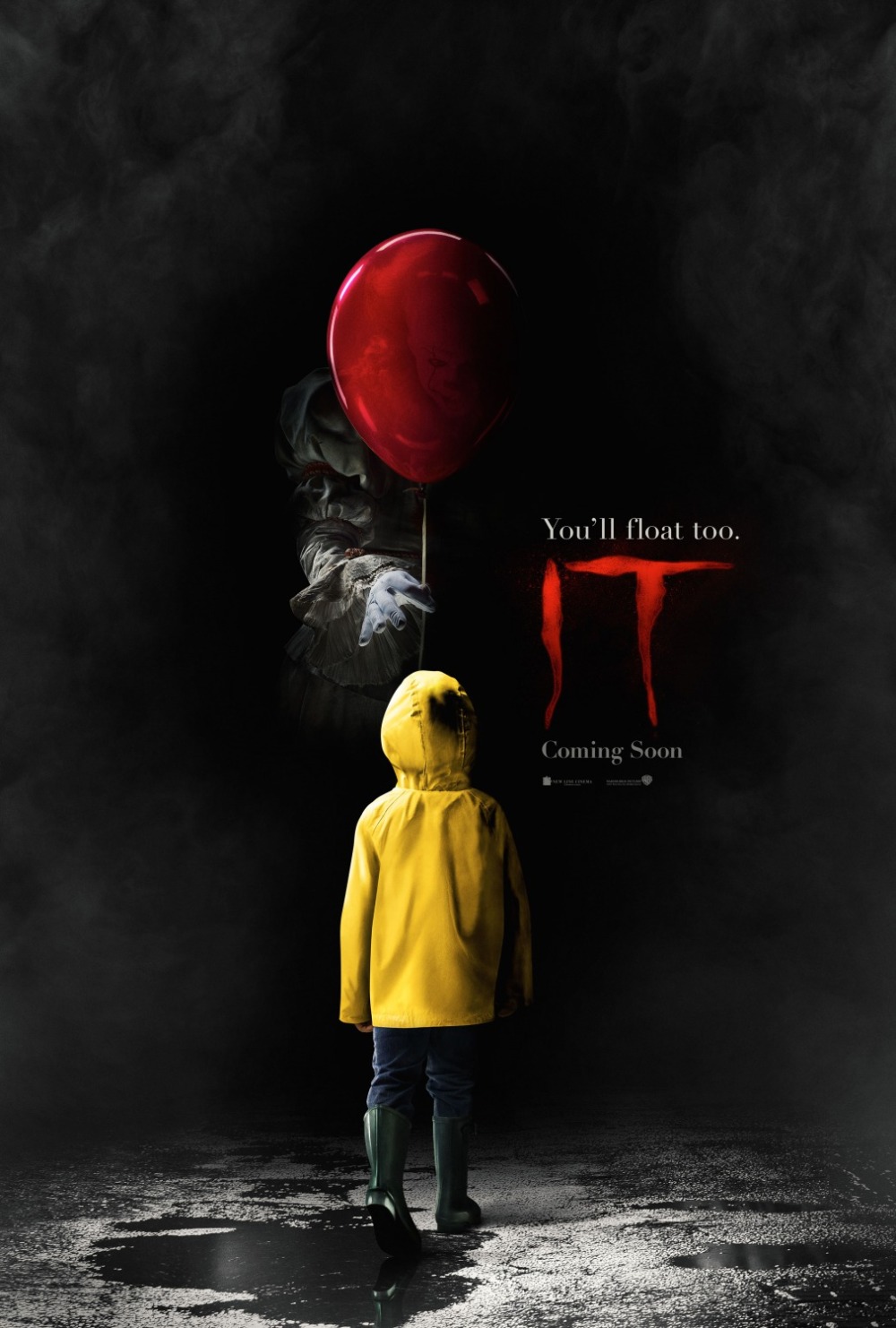 “It” isn’t just one of my favorite Stephen King novels, it’s also one of my favorite books ever. On one hand, it is a terrifying tale of a malevolent force who takes the form of a clown and feeds on the fearful children living in Derry, Maine. On the other, it is a thoughtful and deeply felt examination of kids who are forced to endure a tougher childhood than anyone ever should. I read King’s massive novel (1,138 pages) back when I was a teenager, and it made me realize it was okay to be different than others. Looking back, it also reminded me of a line of dialogue from one of my all-time favorite movies, “Pump Up the Volume:”

“High school is the bottom. Being a teenager sucks, but that’s the point. Surviving it is the whole point.”

For those who have read this novel, you can see how it is more about the kids than it is about Pennywise the Dancing (not to mention incredibly vicious) clown. Thank goodness director Andy Muschietti realized this when he came on to direct the long-awaited film version of “It.” While Muschietti delivers the requisite thrills and chills a horror film like this one demands, he keeps a very observant eye on the kids and the conflicts they are forced to endure, and I don’t just mean Pennywise.

The film focuses on the book’s first half when the members of “The Losers’ Club” were suffering the slings and arrows of daily life at school. But while King set this half in the 1950’s, Muschietti moves things up to the 1980’s, a time of Ronald Reagan, calculator watches, New Kids on the Block, and movies like “Gremlins” and “Beetlejuice” which, like “It,” were released by Warner Brothers. This was a decade defined by greed, but for these kids, it was a time of innocence which would be destroyed for them far too quickly.

“It” was previously made into a wonderfully entertaining television miniseries by Tommy Lee Wallace, but Muschietti lets you know right from the start how the censorship of American television was not going to apply here. Little Georgie Denbrough suffers a most terrible fate when Pennywise bites his arm off and drags his body into the sewer, and even if you know this event is coming, it is still chilling to witness as this is the kind of thing movies typically avoid showing. From there, I couldn’t help but remain in a state of heightened anxiety as while I knew what was going to happen, the safety of network television was not around to reassure me about the horrors I was going to witness.

The misery and sufferings of The Losers’ Club feel much more unnerving on the silver screen than on television. It’s especially galling to see poor Beverly Marsh get wet garbage poured all over her in the bathroom as she has become the victim of unsubstantiated rumors that she is promiscuous. But judging from the moment she when she puts her backpack over her head for protection, she has been dealing with this stigma for a very long time. Or how about Ben Hanscom, the overweight new kid in town who has zero signatures in his yearbook, one of the saddest sights the audience is forced to take in here. While these kids’ sufferings don’t feel as raw as what Sissy Spacek endured in “Carrie,” it’s still easy to feel for these kids who have been cast out of what is perceived to be the realm of normal.

Heck, even their parents prove to be an emotionally distant, and if they are not, they instead prove to be ridiculously overprotective. Beverly’s father seems to care for her a little too much, and this care seems to imply crimes more insidious than our imaginations can ever handle. Eddie Kaspbrak’s mother is determined to keep him safe from any and every germ planet Earth has to offer, and at times she threatens to be as scary as Pennywise due her raising her son as if he is the reincarnation of Howard Hughes. As for William Denbrough, things will never be the same between him and his parents following the death of his brother Georgie.

There’s some passage in the Bible which says God only gives you what you can handle, but the members of The Losers’ Club have far more than anyone should ever be made to handle, and this is made clear before Pennywise begins to disrupt their unfairly depressing lives. As a result, they need each other to get from one day to the next, and the strength they have together allows them to be a formidable force against Pennywise. Muschietti’s attention to these kids’ struggles makes this film very effective as we come to care for them deeply, and this makes their stand against this homicidal clown all the more involving.

Speaking of Pennywise, Bill Skarsgard makes him into the freakiest clown and scarier than any clown Rod Zombie could come up with. Whereas Tim Curry’s Pennywise was at first approachable and then murderous, Skarsgard’s is vicious right from the get go whether the kids realize it or not. Even before those set of jaws come out, Skarsgard more than reminds the audience of how clowns have always been creepy, and he makes Pennywise into the clown who gleefully inhabits all our nightmares.

So where do I rank this particular Stephen King adaptation among the many already unleashed on the public? Hard to say. It is easily one of the best King adaptations in a while, but it is not as scary as “The Shining” or “Carrie.” This is not a motion picture filled with jump scares every 5 minutes as Muschietti is more in creating something which is infinitely chilling and suspenseful. What results is a highly entertaining movie which never feels like a simple remake of the miniseries. He is also blessed with a terrific cast of actors who are not afraid to embrace the depressing natures of their characters. I just hope none of them have to deal with this shit in real life.

I’m also thrilled no one tried to fit the whole book into one movie. There’s no way you could have done that without messing everything up. There was already talk of a sequel long before this movie even opened, and this is a sequel I am more eager to see than any “Star Wars” movie which has yet to be released. It’ll be interesting to see how The Losers’ Club will transition from childhood to adulthood as they attempt to put the past behind them. But as Peter Gabriel once sang, “Nothing fades as fast the future. Nothing clings like the past.”