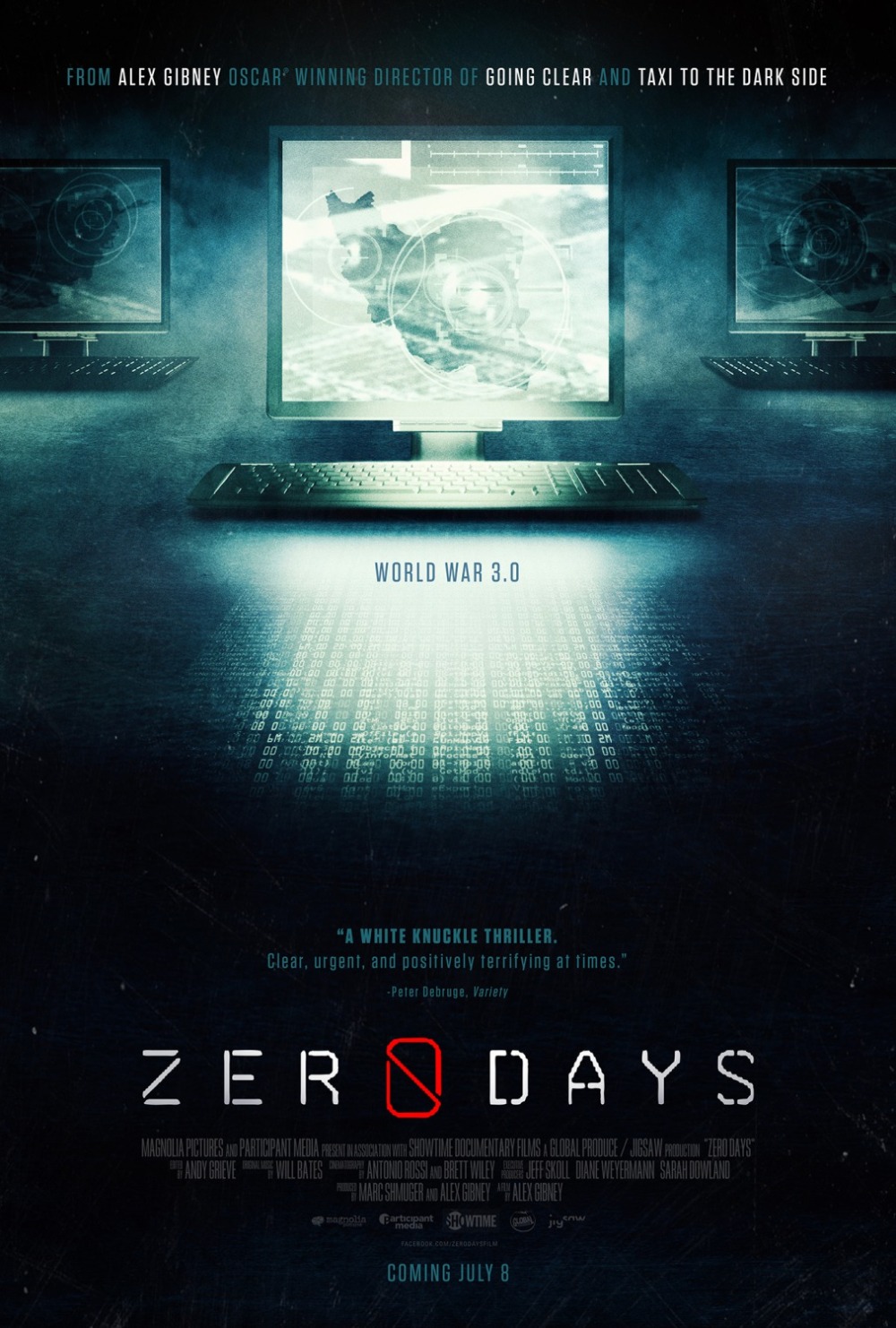 Alex Gibney is the most prolific documentarian working in movies today, and his latest documentary, “Zero Days,” may prove to be his scariest yet. Its main focus is on Stuxnet, the self-replicating computer virus invented by the United States and Israel to infiltrate and sabotage the Iranian nuclear centrifuges at Natanz. This movie reveals that the virus was part of a massive clandestine operation which involved the CIA, the NSA, the United States military and Israel’s intelligence agency Mossad to build and launch secret cyber bombs that could plunge the world into a devastating series of attacks which could shut down electricity, poison water supplies and turn cars, planes and trains into deadly weapons. But what’s especially terrifying is how the use of this virus could happen without anyone, even our own government, knowing who is responsible.

I recently got to speak with Eric Chien, one of the people Gibney interviewed extensively for “Zero Days.” Chien is a Distinguished Engineer and the Technical Director of the Security Technology and Response division at Symantec. He was one of the lead authors of Symantec’s groundbreaking research on the Stuxnet virus and has since become one of the foremost authorities on it. I first asked him about how the virus relates to a number of devices or programs we have seen in various science fiction movies.

Ben Kenber: When I look at the Stuxnet virus, I can’t help but think about Skynet in the “Terminator” movies or the black box in “Escape from L.A.” or Joshua/WOPR in “War Games.” These things came to mind especially one I was told that the Stuxnet virus is autonomous, meaning that no operator commanded it to attack in that it attacks on its own without human intervention. What are companies like Symantec doing to contain this virus, and is it even possible to contain this virus?

Eric Chien: There is no such thing as 100% security. If anyone else comes to you that is trying to sell you something and they say you are 100% protected, you should just run away. The thing is it’s a cat and mouse game. And to be honest it’s not even the most sophisticated and complex things that can have the biggest impact. Some things that can actually be very trivial and totally unsophisticated can have a huge impact. We’ve seen, especially coming out of North Korea, a lot of wiping attacks, and what that means is that they get a piece of malicious software in your machine and they just erase all your data. This is a very simple piece of malware to create. It could literally be 10 lines of code to get on and wipe your machines, and that could have a huge impact. We saw it have a huge impact in Saudi Arabia where their networks were totally wiped. Basically South Korean broadcasters and all their biggest banks, all wiped all at the same time. Obviously it was North Korea. 99% of all the malicious software we get is cybercrime, people trying to make money essentially. Right now we are seeing a huge uptake in what we call ransomware, and they are not even going after individuals anymore like they used to. Now they are going after corporations or entities, in particular hospitals. Hollywood Presbyterian got hit by a ransomware attack where the attackers got in with a simple program that basically just encrypted all their files, and they said if you want your files back you have to pay us. They held their data for ransom. They (the hospital) paid $17,000 and had to close their hospital, they had to transfer all the patients out, all their MRI machines, nothing was working and they lost all their patient data. So that’s why they had to pay because they didn’t have the backups.

BK: How much did you work with Alex Gibney on the documentary?

EC: Alex and his team, a guy named Javier Botero was his co-producer and a main research got, came in and I sat for five hours for a one on one interview. Then Liam (O’Murchu) came afterwards, five hours, one-on-one interview. And that was it, and then he produced all of that. We have done things where I have sat for 10 hours and got way less out of it, so we were actually quite impressed. They came in very well-prepared. At one point I was talking about something and Javier said, “Oh but that’s Stuxnet .5, isn’t it? The earlier version?” And I was like, “Oh yeah, that’s .5. They were just really, really well prepared and they knew the right questions to ask, and obviously even when I said something wrong at one point he reminded me that I was not talking about the right thing. All the graphics you see of code on the screen are not random pieces of code. They are exactly the pieces of code that we are talking about at the time that they are displayed. After we had done our interviews they came back asking for this and that, and it was really interesting to see how meticulous they were being.

BK: I visited the Symantec office in Culver City and noticed they have a War Room there. Did you ever go in that room to discuss the Stuxnet virus?

EC: Yeah. We were in that War Room, but we actually have a War Room you probably haven’t seen which allows us to do encrypted communications with other offices, and we call it our Halo Room. Basically it’s… It’s hard to describe. Imagine you cut this table in half so you have kind of a half table, and there’s this really big screen that kind of curves in front of you like this and it’s like full HD. The other office has half a table on their side, and so it looks like they really are there. All the sound and audio is all directional, so someone over here you hear them over there. So we use that room more frequently because in our other War Room that we have, it’s just classic teleconference which is great, but this room obviously affords much more interaction.

“Zero Days” opens in Los Angeles and will be available to watch on iTunes starting July 8. I want to thank Eric Chien for taking the time to talk with me.