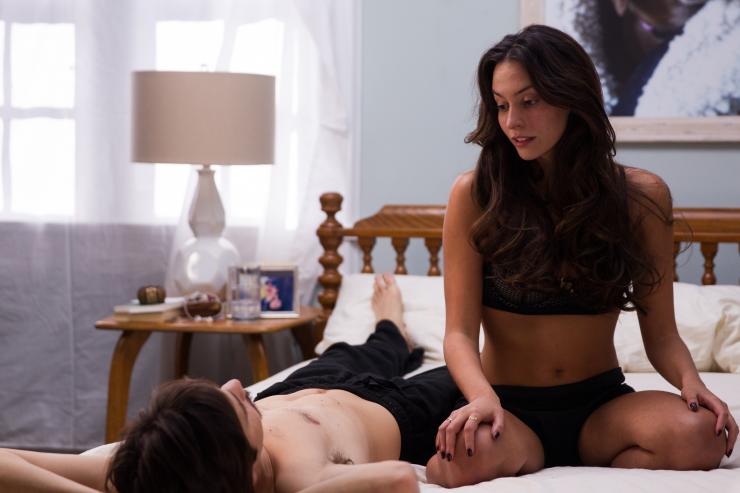 She has left her mark in a number of Telemundo telenovelas as well as in movies like “Identity Thief,” “The Last Stand” and “Casa de mi Padre,” but in Kevin Smith’s “Tusk,” Génesis Rodríguez shows the world just how good of an actress she can be. She plays Ally Leon, the girlfriend of Wallace Bryton (Justin Long), and she tries to make him see what a selfish person he has become thanks to the fame his podcast “The Not-See Party” has brought him. But as much as Ally criticizes his shortcomings, she is reduced to tears when she accepts the fact they come to mirror her own.

“Tusk” has been the subject of a lot of talk ever since Smith announced it as his next project. The idea came about from an episode of “SModcast” where he and co-host Scott Mosier read an ad about a man offering a rent-free situation for a tenant who is willing to dress up as a walrus and make walrus sounds all day long. It makes for one of the more unique movies, and many were eager to find out what exactly drew the actors to be in it.

Rodríguez was at “Tusk’s” press day held at the London Hotel in West Hollywood, California, and she was asked about her initial reaction to Smith’s screenplay.

“Reading the script, I made the big mistake of reading it at midnight,” Rodríguez said with a laugh. “I know, big mistake, so I couldn’t go to sleep. I literally thought about the walrus all night. I started listening to The Beatles and it was just like I went ‘goo goo goo goo joob’ totally. And then afterward I heard the SModcast episode and then I became obsessed with the idea. It was like, okay, this is the kind of movie I want to do. It’s clearly not a remake (laughs) so it’s good to be a part of something so unique and so different and to leave your little mark on such I thought was gonna be, the minute I read it, a cult favorite whether you hate it or love it. It’s that kind of movie. It’s memorable, that’s for sure (laughs).”

For me, the highlight of Rodríguez’s performance was her close-ups in which she confesses to Long her confused emotions which are tearing her apart. It turns out Smith, once he got to know her better, wrote a monologue for her to perform, and she ends up performing it in a truly riveting fashion. Seeing the stream of emotions crossing her face during this close-up held my attention to where everything else around me went completely silent. I was eager to learn how she pulled this monologue and the close ups off, and her answer implied it involved her not knowing one specific thing.

“Thankfully, I didn’t know how close up they were,” Rodríguez said of the cameras. “It kind of freaked me out, but I just let the dialogue guide me to an emotion and I tried to make it as honest as possible. I’ve never had that shot to really show that side of myself in the movies, so I just wanted to do Kevin justice, and he took a chance on writing me that monologue. I hope I did him proud.”

The way I see it, Rodriguez did Smith proud.